According to KGTV, San Diego's ABC affiliate, photos have surfaced online of a sex act being performed during DEAD KENNEDYS' January 15 concert in Solana Beach, California. The pictures depict a female audience member laid down fully exposed on the stage during the band's set, while a male audience member performs a sex act on her.

The management at Belly Up Tavern released a statement to KGTV, saying: "Of course, we don't condone this activity in our establishment and security stopped it right away. This is certainly a first for us."

A spokeperson for the sheriff's department told KGTV that the couple could be charged with a misdemeanor for publicly exposing themselves if others are "offended or annoyed." According to the spokesperson, no complaints have yet been filed in connection with the incident.

After a picture of the sex act was shared on Reddit, it quickly went viral, gaining more than 4,000 user upvotes.

A Reddit user disputed the claim that security broke up the couple, writing: "No, they did not make the couple stop. This was going on well into the [third] song ('Police Truck'). I think they stopped when people stopped paying attention to them." 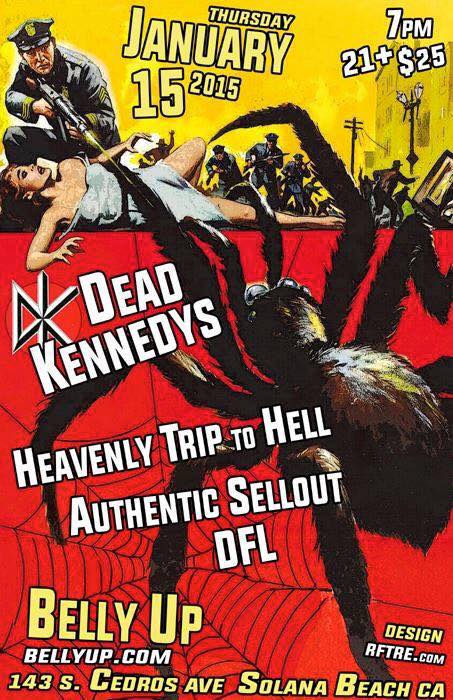