SEVENTH VOID will support STATIC-X on the following shows in May:

SEVENTH VOID will release its debut album on April 21 via Big Vin Records, the label formed by HELLYEAH/ex-PANTERA drummer Vinnie Paul Abbott. A CD-release party will be held that same night at the Clubhouse, the Dallas nightclub founded by Vinnie Paul and his late brother, PANTERA guitarist "Dimebag" Darrell Abbott. "It's an amazing record," Vinnie recently said. "I mixed the whole thing for the guys. It goes somehere between SOUNDGARDEN meets BLACK SABBATH meets a little AUDIOSLAVE, with some TYPE O thrown in there. It's really nice, dark, sludgy… Kenny's vocals are great." 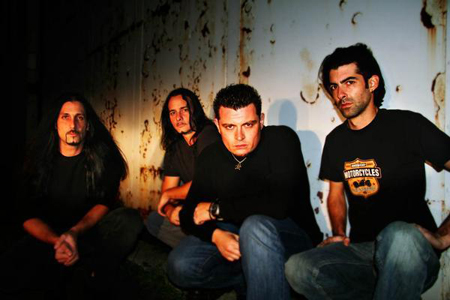