SEVENDUST has been forced to cancel its previously announced U.K. shows as the support act for ALTER BRIDGE and SHINEDOWN. The trek was scheduled to kick off on December 14 at Motorpoint Arena in Nottingham and conclude on December 21 at The O2 in London. SEVENDUST is still slated to play three "Acoustic Xmas" shows in Florida and Georgia at the end of the month.

SEVENDUST broke the news of its cancelation via social media earlier today. The band wrote: "UK family - It is with a heavy heart we have to say - we will not be able to join our brothers in @alterbridge & @Shinedown on our upcoming U.K. dates. Morgan [Rose, drums] is sick and in the hospital and under Dr. orders not to leave the country. We WILL make it up to you! See you at Xmas."

UK family - It is with a heavy heart we have to say - we will not be able to join our brothers in @alterbridge & @Shinedown on our upcoming U.K. dates. Morgan is sick and in the hospital and under Dr. orders not to leave the country. We WILL make it up to you! See you at Xmas. 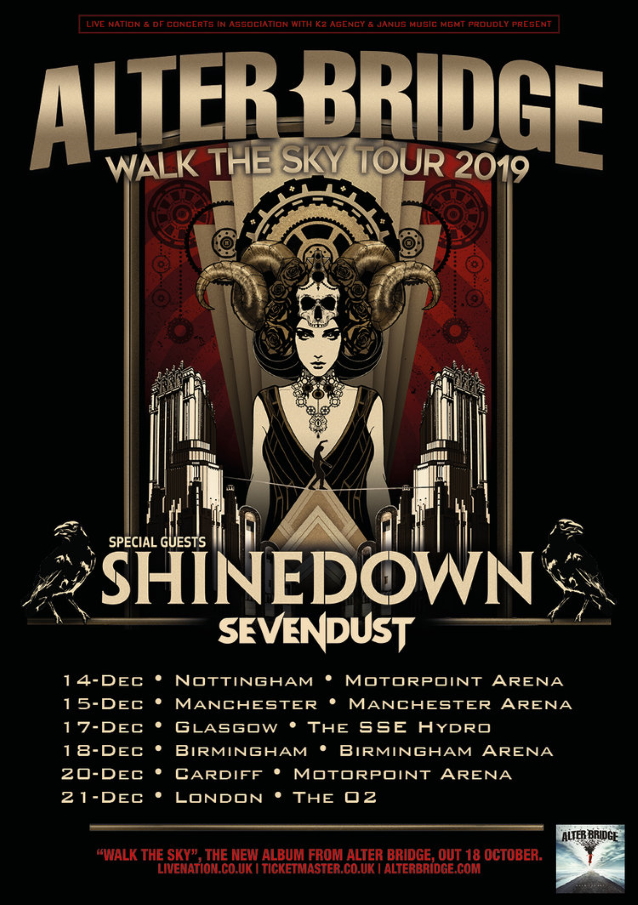