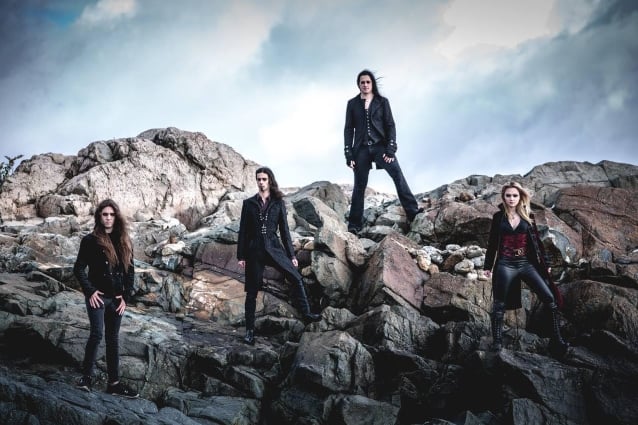 SEVEN SPIRES is an American metal band from Boston, specializing in melancholic tales and tenebrous grandeur. Part bittersweet melodic metal anthems, part apocalyptic melodic death and black metal, and part romantic classical poets, they are storytellers who draw from across the traditional spectrum of metal and beyond to weave tragedies of demons, death, love, and the peculiarities of the human condition.

Following a highly successful crowdfunding campaign and the release of its debut album "Solveig", SEVEN SPIRES performed live extensively in the U.S., Canada, and at festivals such as MetalDays, 70000 Tons Of Metal, and ProgPower USA. They are in the final production stages of their second full-length record, which will once again be mixed and mastered by Sascha Paeth (AVANTASIA, KAMELOT, EPICA), and will be released later in 2019.

Singer Adrienne Cowan says: "We've been searching for a label partner who not only believed honestly in our vision, but could also support us in the ways that we needed. Frontiers is exactly that, and we are thrilled to be on board with them! They have been nothing but helpful and respectful regarding our moves for our next album, and you can expect a release that is highly emotional, dark, and theatrical. The future is shining emerald green, and we elatedly anticipate the next chapter in our voyage. Lastly, we extend our endless thanks to our Seventh Brigade and everyone who has supported us in our endeavours since our creation in '13. We could not have made it here without you."

In related news, Adrienne was recently chosen by Sascha Paeth to front his new band, SASCHA PAETH'S MASTERS OF CEREMONY, and she was handpicked by Tobias Sammet to perform with AVANTASIA on its upcoming tour, which starts this March.