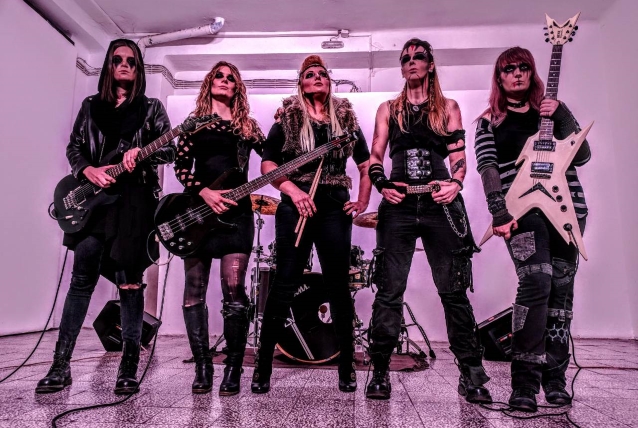 NEMESIS is putting the finishing stages on its debut album. They previously released three singles and opened concerts for BULLET FOR MY VALENTINE, THY ART IS MURDER and NERVOSA.

Formed in late 2013 in Belgrade, NEMESIS was heavily influenced by ARCH ENEMY. The band began by playing covers of its favorite acts but quickly went on to work on its own material.

Other groups that inspire NEMESIS include DEATH, IN FLAMES, TRIVIUM, KREATOR, GOJIRA and PANTERA. Their lyrics deal with problems of the 21st century, such as capitalism and globalization, but also philosophical themes.