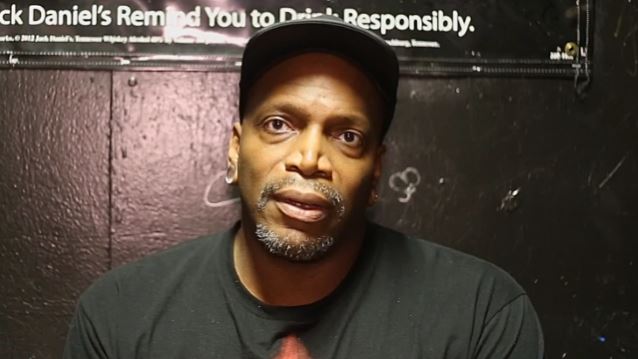 Brazilian/American metallers SEPULTURA were joined by legendary guitarist Steve Vai on stage during their May 9 performance at the Rock In Rio USA festival in Las Vegas, Nevada.

Asked how it was playing with Vai, SEPULTURA frontman Derrick Green told Natalia Britt of California Rock News (see video below): "This was a complete honor jamming with Steve. He's a legend, and it was magical to see him play and to be able to perform with him together was an experience I never imagined."

He continued: "We have the same management, business smanager, and it was a suggestion from them, so we put it together.

"We've done so many collaborations in the past, so, for us, it just seemed something very natural. And I think for him as well, it was something new and very cool to experience." 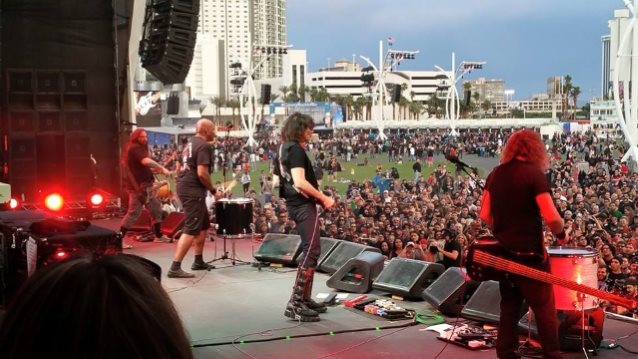