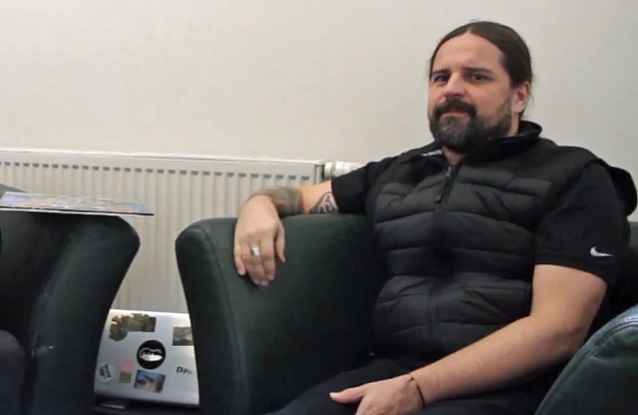 SEPULTURA guitarist Andreas Kisser says that "it's great" to see SLAYER going out "on top" with its upcoming "farewell" tour.

During a brand new interview with Mammoth Metal, Kisser was asked if SLAYER has been a musical influence on SEPULTURA and how he felt about the Tom Araya-fronted outfit calling it quits.

"Without SLAYER, there would be no SEPULTURA; it's as simple as that," he said. "It's great. It's a band that's always been a big influence on SEPULTURA's music. It's great to see a band going [out] like that — not broken up or with fights and all that. It's great to see that they are enjoying the last run the way it's supposed to be — on the top and probably living the best moments in history, with the 'Big Four' and everything. There's many reasons to celebrate. So it's great to see them doing it the way they wanna do it."

Kisser went on to say that he "always admired" the legendary 1960s rock band CREAM for the way Eric Clapton, Ginger Baker and Jack Bruce made their exit. "They had a meteoric three years fans — fantastic — and said no, they'd stop and go on a farewell tour," Andreas said. "I thought it was so elegant, so great to leave with their heads up."