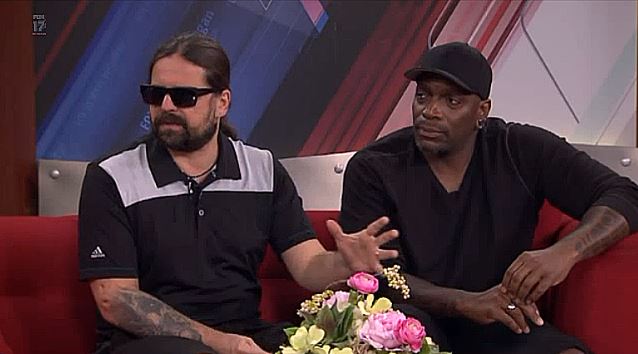 On Tuesday, May 26, guitarist Andreas Kisser and vocalist Derrick Green of Brazilian/American metallers SEPULTURA were interviewed on the FOX 17 morning news show in Grand Rapids, Michigan. You can now watch the segment below.