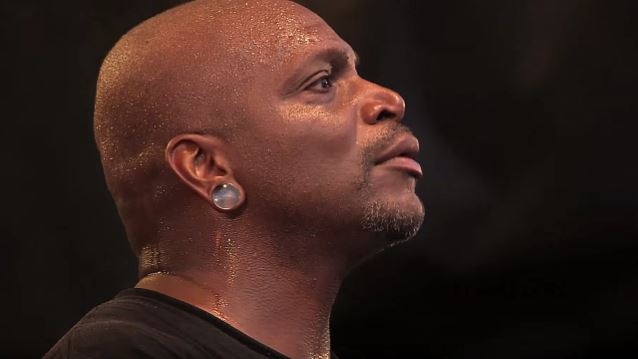 A trailer for the new SEPULTURA documentary "Under My Skin" can be seen below. The six-part mini-series, which was produced by Her Name Is Murder Productions, was filmed over four days during SEPULTURA's 30th-anniversary tour.

"Under My Skin" is not to be confused with SEPULTURA's long-awaited official documentary, which is being helmed by InterFace Filmes, with Otavio Juliano directing.

Juliano has been following SEPULTURA for the last few years, a time of tension and triumph for the band, as they toured and recorded their albums "Kairos" and "The Mediator Between Head And Hands Must Be The Heart". Nothing has been off limits. This amazing story will go through SEPULTURA's history, myths, conflicts, personnel changes and struggles with the Internet economy in the early 2000s and will include interviews and rare footage.

SEPULTURA recently commenced the songwriting process for the follow-up to "The Mediator Between Head And Hands Must Be The Heart", tentatively due before the end of the year via Nuclear Blast.