Brazilian/American metallers SEPULTURA will embark on a European headlining tour in February 2014. Support on the trek will come from LEGION OF THE DAMNED, FLOTSAM AND JETSAM and MORTILLERY.

SEPULTURA's new album, "The Mediator Between Head And Hands Must Be The Heart", will be released on October 25 via Nuclear Blast Records. The artwork for the CD was created by Brazilian artist Alexandre Wagner, who specializes in charcoal drawing techniques. 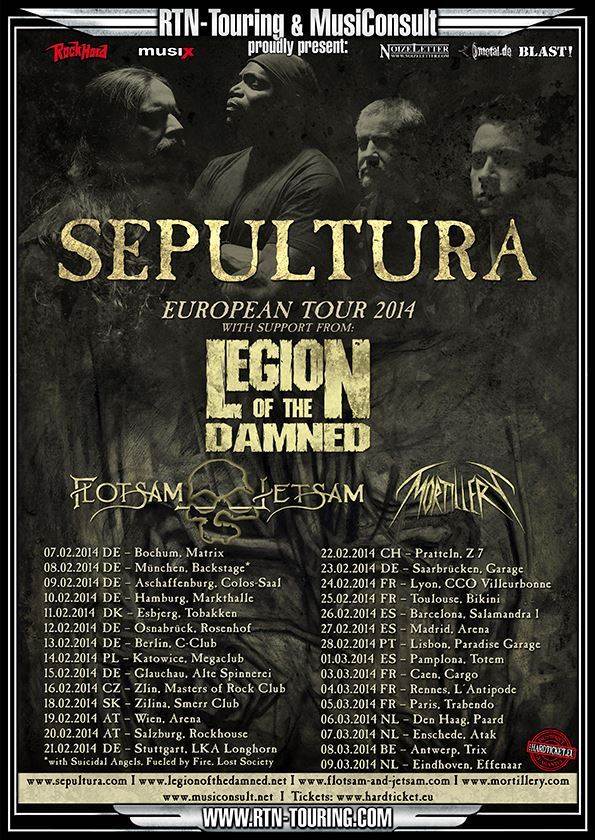