Eagle Rock Entertainment will release "Sepultura With Les Tambours Du Bronx: Metal Veins - Alive At Rock In Rio" on Blu-ray and DVD on September 15. The footage on the disc was filmed at the legendary Rock In Rio festival in SEPULTURA's home country of Brazil on September 19, 2013. It is a spectacular performance which sees the band accompanied throughout by the French industrial percussion group LES TAMBOURS DU BRONX. The sheer volume of sound and the powerful presentation of the songs sets this apart from any previous SEPULTURA concert release. In addition to the live show, the set will include a bonus documentary feature.

"Sepultura With Les Tambours Du Bronx: Metal Veins - Alive At Rock In Rio" is the first SEPULTURA live release since 2005 and the band's first-ever Blu-ray release.

SEPULTURA's setlist was as follows: 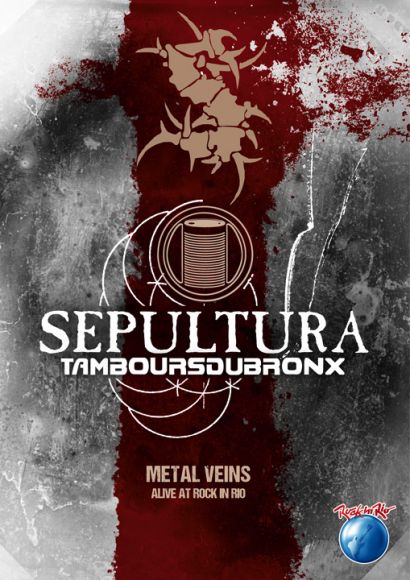