Brazilian thrashers SEPULTURA will headline the Red Horse Muziklaban Festival in Manila, Philippines on November 29. The 15,000-capacity event is a local band competion, and since it is its 10th anniversary, the promoters decided to make it special and invite a great international metal band as a headliner. According to the promoters, they chose SEPULTURA over a lot of other groups after conducting a lot of research to see which band would be most suitable for the event.

SEPULTURA was one of the featured musical guests at last Thursday night's (November 13) ninth annual Latin Grammy Awards 2008. They performed a cover of "Girl From Ipanema" and a new song called "We've Lost You" from their upcoming album "A-Lex". Watch the performance below.

The ninth annual Latin Grammy ceremony was held at the Toyota Center in Houston, Texas and aired live on Univision. 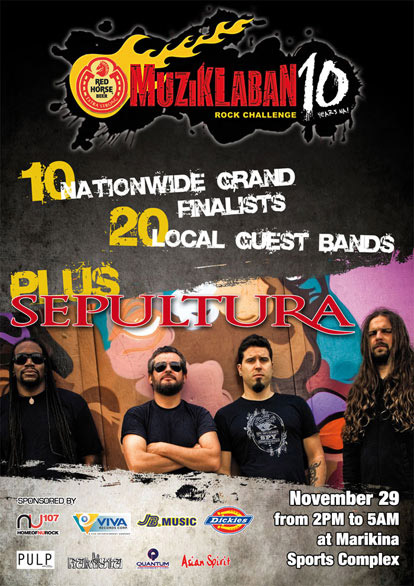