Brazilian/American metallers SEPULTURA will put out a special release to celebrate their 30th anniversary as well as to pay homage to their fans.

Says the band: "We wrote a new song that expresses the respect and love we have for [all our fans], and the support we received during the last 30 years was overwhelming. No band has better fans like we have. We are still here doing what we do because of you! Lovers and haters alike, we are all one big family and we thank you! So, we will need your help once again!

"If you have a SEPULTURA tattoo on your skin, that tattoo can be on the artwork of our new release.

"Starting today, March 9th, 2015, you can send your picture to this address: [email protected] You have 'till March 17th, 2015 to submit your tattoo photo so don’t waste your time. It is going to be an historical release and you have to be a part of this, show the artwork on your skin and the passion you have for SEPULTURA."

The group adds: "Note: Sending the photo is automatically authorizing the use of the image. Also, the photos might be used on the upcoming SEPULTURA official documentary, a production of Interface Filmes, Brazil."

There are no further details currently available as to when the new SEPULTURA song — which is apparently titled "Under My Skin" — will be released.

SEPULTURA will will headline a North American tour in May with support from German thrashers DESTRUCTION and American melodic tech-deathsters ARSIS.

The mayhem begins in Phoenix, Arizona on May 10 and ends on June 14 in Grand Junction, Colorado. SEPULTURA will be performing one solo show on May 9. 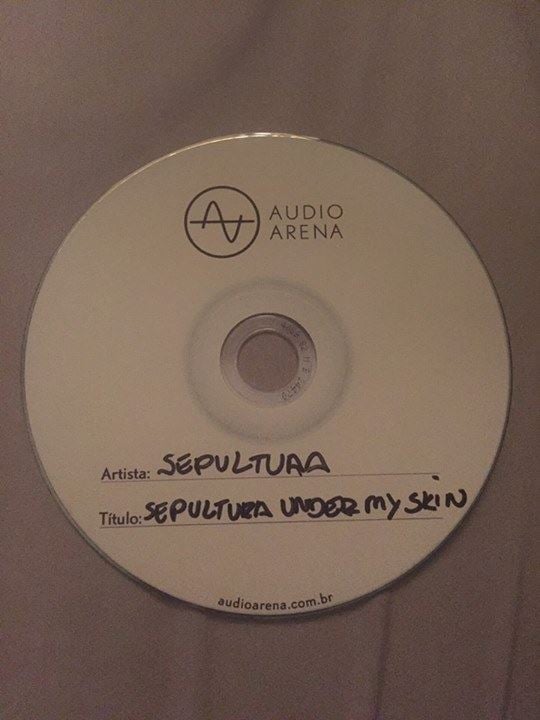