Photos of the January 30 concert can be found at this location. A few of the pictures are available below.

"A-Lex" — SEPULTURA's first LP to be recorded without either of the founding Cavalera brothers (Max and Igor; on guitar/vocals and drums, respectively) — is available in three versions: in a deluxe digipak with an embossed cover, in a regular jewel case and on a vinyl gatefold LP.

In a recent interview with Sonic Excess, Kisser stated about the band's 11th studio album, "I am very happy with 'A-Lex'. The album came out in January [2009] and we did two tours in Europe. We still want to go back there and a few other places we haven't been to yet. We played Argentina with IRON MAIDEN and it has just been a great tour. But I am very happy with the album; it was inspired by the film 'A Clockwork Orange' and an amazing book. We did a version of ninth symphony from Beethoven, so it was a great experience to record that album especially with a new drummer. This album has presented up with a lot of possibilities, we are thinking about playing the album with an orchestra."

When asked if SEPULTURA was worried that some people might not understand the progressive nature of "A-Lex", Andreas replied, "Not at all. For SEPULTURA this has become so common to bring something different. Of course, we lose and gain fans in doing that. If you put together all of our albums, they are all different. That is the way we are, always looking for something new. We cannot please everybody, that's impossible and hopefully we never will. I think it's good to have some criticism because that will show you stuff you don't see." 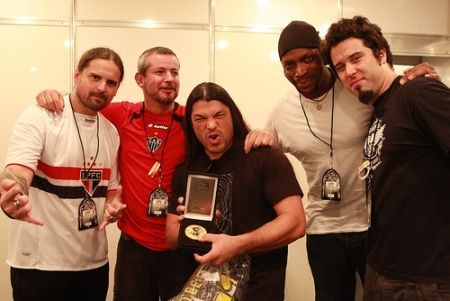 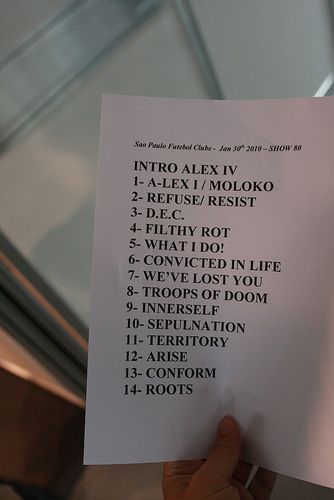 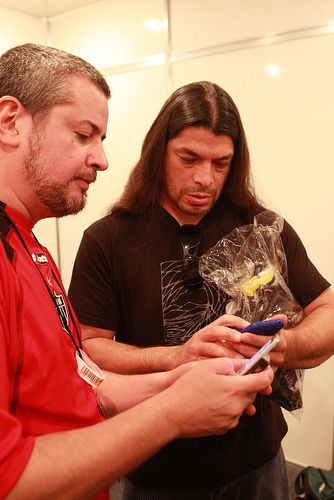 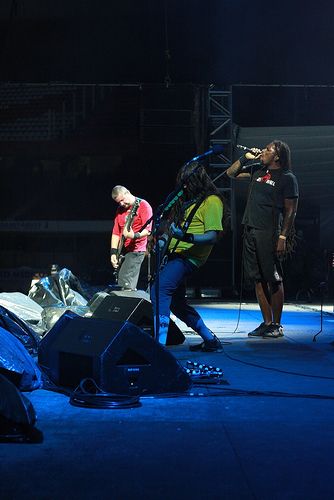