Due to a delay in the visa process, Brazilian/American metallers SEPULTURA have had to cancel their previously announced North American tour with UNEARTH, KATAKLYSM, DARK SERMON and ANCIIENTS. Attempts to make new arrangements for this time frame were not fruitful and the camp has determined to reschedule the tour for May 2014. All tickets will be refunded.

SEPULTURA's new album, "The Mediator Between Head And Hands Must Be The Heart", was released on October 25 via Nuclear Blast Records. 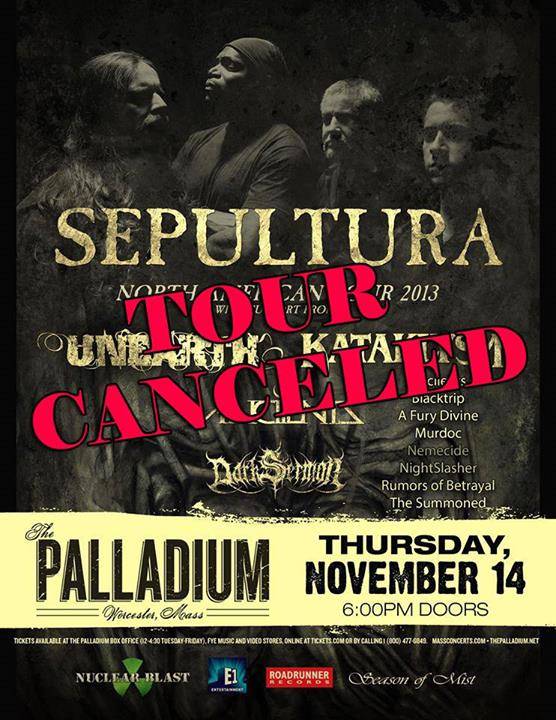