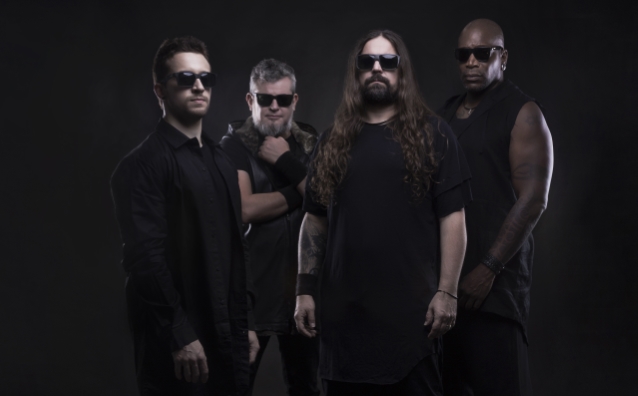 SEPULTURA guitarist Andreas Kisser spoke to Metalshop TV about his band's plans for the follow-up to 2017's "Machine Messiah" album. "We're always working," he said. "I have a few demos with a drum machine and a few ideas — very raw still. I know Eloy [Casagrande, drums] has some stuff on drums, Derrick [Green, vocals] already wrote some ideas, and we're gonna start gathering and putting together the ideas pretty soon. But we have something where to start from — we have a few ideas to develop for the future."

Kisser added that a new SEPULTURA album won't arrive before 2020. "We're still gonna take our time and really work hard to do a better album than 'Machine Messiah'," he said. "That's our challenge."

SEPULTURA's official documentary, "Sepultura Endurance", will tentatively be released on DVD and Blu-ray in late 2018 or early 2019.