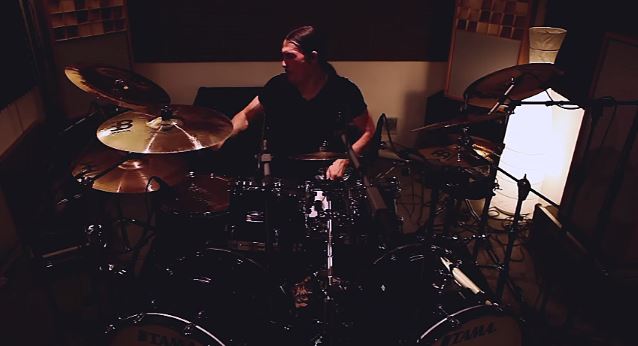 Commented Krimh: "I feel very honored to join such a great band which has been one of my favorites since years.

"SEPTICFLESH's music is outstanding and unique. It is melodic and heavy but with groove. Exactly how I like it!

"I can't wait to start a new chapter with SEPTICFLESH and see you on the road."

SEPTICFLESH's latest full-length album, "Titan", was released on June 24 via Season Of Mist in Europe and Prosthetic in North America. The new CD consists of 10 songs that were recorded once again at Devasoundz Studios in Athens, Greece and in the Czech Republic with the collaboration of the Prague Philharmonic Orchestra And Choir. From there, the album was mixed and mastered in Los Angeles by acclaimed producer Logan Mader (GOJIRA, FEAR FACTORY, CAVALERA CONSPIRACY).

Says the band: "We worked hard with Logan to bring you the ultimate death metal soundtrack for your darkest dreams. The compositions are progressive with a lot of emotional peaks, while at the same time the songs sound very aggressive and powerful. We also had the chance to work for the first time with a full children's choir besides the regular adult choir, and that helped us dive deeper into darker cinematic atmospheres. We have achieved a new level of extreme emotions."