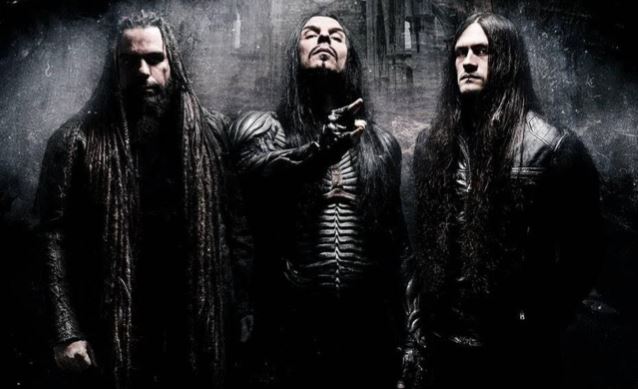 A 2017 release is expected via Prosthetic Records throughout North America and Season Of Mist in the rest of the world.

SEPTICFLESH has earned extensive international acclaim for their nine albums to date, as well as their performances on tour alongside the likes of CRADLE OF FILTH, AMON AMARTH, GORGOROTH, SATYRICON, DEICIDE, FLESHGOD APOCALYPSE and CHILDREN OF BODOM, in addition to lauded appearances at Graspop Metal Meeting (Belgium), Inferno (Norway), 70000 Tons Of Metal and more.

"Titan" — the group's Prosthetic debut — has been praised as "the music of a Biblical apocalypse" (About HeavyMetal) while scoring a near-perfect rating from Outburn, who praised its "grand symphonic orchestration and thunderous percussion." Described by the band as "the ultimate death metal soundtrack for your darkest dreams", "Titan" can be streamed on Spotify and is also available on both CD and double LP from the Prosthetic webstore.