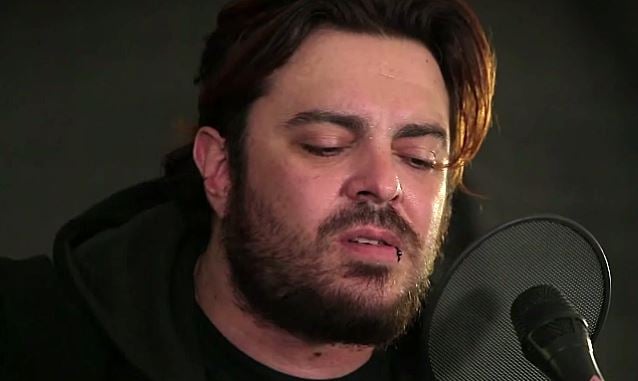 SEETHER frontman Shaun Morgan was interviewed on a recent edition of the "Sixx Sense" radio show hosted by MÖTLEY CRÜE and SIXX: A.M. bassist Nikki Sixx. You can now listen to the chat below.

According to The Pulse Of Radio, Morgan has opened up in a new interview with Music Radar why SEETHER has not been able to hold onto a lead guitar player, with Johan Greyling, Patrick Callahan and Troy McLawhorn all joining and leaving the lineup since 1999. Morgan explained, "What drummers were to SPINAL TAP, lead guitarists are to SEETHER… The problem is that a lot of these guys have ego problems, plain and simple. We've seen guys become rock stars overnight, which becomes a problem because that's not how we operate."

After spending a few years as a trio, the band enlisted lead guitarist Bryan Wickmann earlier this year for live work.

Morgan told The Pulse Of Radio that ever since joining the band's crew as a guitar tech three years ago, Wickmann has gotten more involved with the band. "We were looking for somebody to augment the live sound again, so we asked him to do it, and in fact he's been involved on pretty much the past three album covers and artwork. He actually painted the painting that's on the cover of the new one. He's been highly behind the scenes but highly active in the SEETHER camp for a while, so we figured we'd put him onstage for a change."

"Isolate & Medicate", SEETHER's sixth album, sold 37,000 copies in the U.S. in its first week of release to debut at No. 4 on the Billboard album chart earlier this month.

SEETHER, GODSMACK and others are taking part in the Rockstar Energy Uproar Festival, which kicked off August 15 in Clarkston, Michigan.