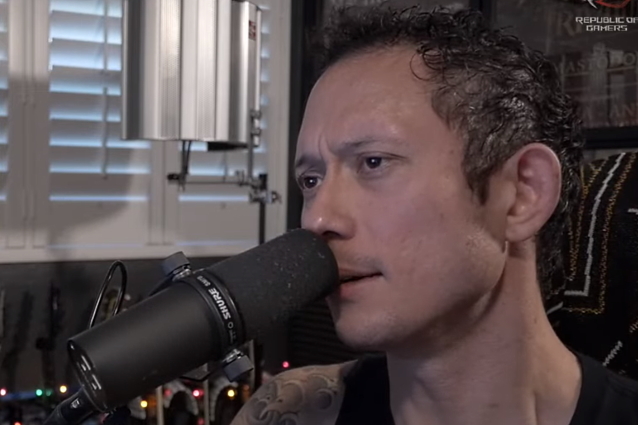 The cover, requested by Twitch user FyrstaCS, is part of a series Heafy calls KiichiChaosKaraoke in which his fans "choose a song for me to learn," explains Matt, "timing down the pick by 5 minutes — auction-style. Once picked, the song has to be learned and performed in its entirety — immediately — no matter how long it takes."

Over the past couple of years, Heafy has tried his hand at a variety of unexpected and unlikely tracks, such as BACKSTREET BOYS' "I Want It That Way", *NSYNC's "Tearin' Up My Heart", Celine Dion's "My Heart Will Go On" and Britney Spears's "…Baby One More Time". He has also covered tunes by SLIPKNOT, Elvis Presley, Roy Orbison, RADIOHEAD and LINKIN PARK, among many others.

TRIVIUM is currently working on the follow-up to 2017's "The Sin And The Sentence" album for a 2020 release.