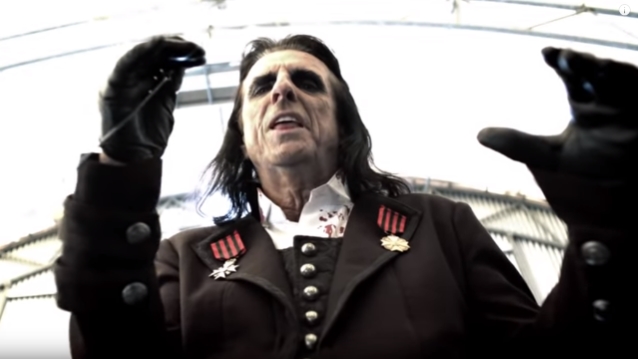 Kane Roberts's video for the song "Beginning Of The End" can be seen below. The track, which features guest appearances by Alice Cooper and ARCH ENEMY singer Alissa White-Gluz, is taken from Kane's new solo album, "The New Normal", which was released on January 25 via Frontiers Music Srl.

Kane has involved some really amazing friends in the making of "The New Normal", including Cooper, White-Gluz, Nita Strauss, BABYMETAL drummer Aoyama Hideki, Kip Winger, Paul Taylor and Ken Mary. Three years in the making, "The New Normal" melds the old and new in metal for a truly outstanding album.