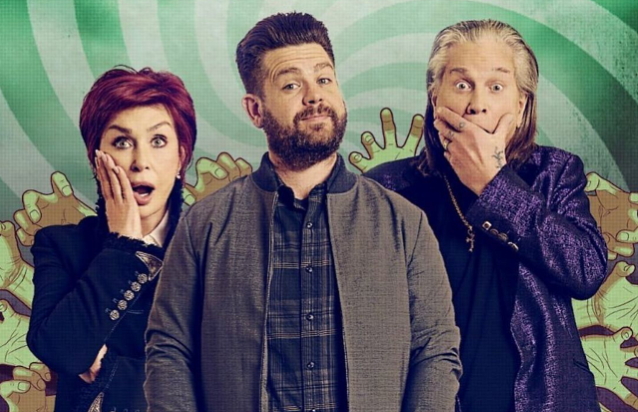 The second season of Travel Channel's series "The Osbournes Want To Believe" will premiere tonight (Sunday, August 22) at 9 p.m. and 10 p.m. ET/PT.

Jack Osbourne is determined to convert his skeptical parents, Ozzy and Sharon, into full-fledged believers. The seasoned paranormal investigator sits down with the Prince and Princess of Darkness to watch jaw-dropping videos of supernatural activity.

They might be known as the first family of darkness, but when it comes to the paranormal, legendary rocker Ozzy Osbourne and his wife, Sharon, are borderline skeptics. Determined to turn them fully to the other side, Jack reunites with Ozzy and Sharon to share the craziest, most jaw-dropping videos of supernatural activity ever caught on camera. But the question still remains if the Prince and Princess of Darkness will see the light when it comes to the paranormal, or if they think it’s just another ride on the crazy train.

"My parents have always lived on the edge, even when it comes to believing in the supernatural," said Jack. "I'm convinced they just haven't seen enough evidence, so I'm making them watch the most undeniable footage caught on camera, including a few from my own personal experiences. My biggest challenge may be keeping their comments family friendly. It will be a classic Osbourne gathering!"

During each hour-long episode, Jack will reveal a series of mind-blowing paranormal clips from the great beyond for his parents, Ozzy and Sharon, to witness. The couple will review — and critique — each caught-on-camera moment, a compilation of Jack's favorite pieces of evidence. Not ones to shy away from honesty and humor, there's no shortage of fun, antics and lively commentary in the Osbourne screening room.

In the season premiere, "Lost In Space", Jack takes Ozzy and Sharon on a journey that is out of this world as he tries to convince them that cats can see ghosts and Canada has its own Loch Ness monster. Plus, the Osbournes dust off their tinfoil hats to debate the 1969 moon landing. In the season's second episode, "Great Balls Of Fire", which will also air tonight, Jack pushes Ozzy and Sharon to question reality with a ghostly canine, a Canadian Bigfoot and a UFO sighting that hits too close to home for the Osbournes' comfort.