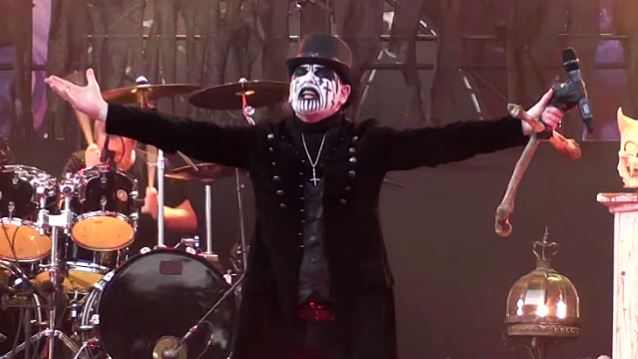 Tomorrow's (Friday, December 4) KING DIAMOND show at the House Of Blues in Houston, Texas has been canceled because the band's lead singer and namesake is "suffering from a severe case of acute laryngitis." This is the second KING DIAMOND concert in a row to be scrapped due to the vocalist's illness, following last night's (Wednesday, December 2) cancelation of the show at Brady Theater in Tulsa, Oklahoma.

An official statement from the KING DIAMOND camp reads as follows: "Houston, we are very sorry to inform you that there is unfortunately no chance for KING DIAMOND to perform at the House of Blues this Friday the 4th of December, due to the acute laryngitis, which caused the cancellation in Oklahoma this Tuesday.

"An unforeseen effect of the anesthetic used in the examination this past Monday has delayed the healing process.

"King has for once been silent, trying his damnedest to bring enough vocal cords back to complete the rest of the tour.

"There is still hope for Dallas on Saturday, but do keep an eye on our Facebook just in case.

"Again, Houston, we are very very sorry. You know how much we love playing for you."

For ticket refunds, please contact your place of purchase.

KING DIAMOND filmed the November 25 and November 28 live shows in Philadelphia and Detroit, respectively, for the band's forthcoming DVD. The set is being helmed by director Denise Korycki (CANNIBAL CORPSE, KILLSWITCH ENGAGE), and will include additional footage from multiple shows throughout the trek.

In a 2014 interview with Revolver magazine, King stated about his group's current lineup: "As a band, we look better than we ever have before and we sound better than we ever have before. For me personally, my voice has never been this good. It's been about four years since the triple bypass. A lot of stuff had to be done. I'm breathing differently and I had to learn how to breathe again because they collapse your lungs for the operation. The rehab and everything else, you know, and cutting smoking out — that really has done something to my voice that blew me away. I cannot believe that today it is easier for me to sing all those notes than it was. I feel confident going on tour, knowing we're going to give our fans something they will never forget. I know they will never forget this. There's so much to take it that it's a heavy impression to give." 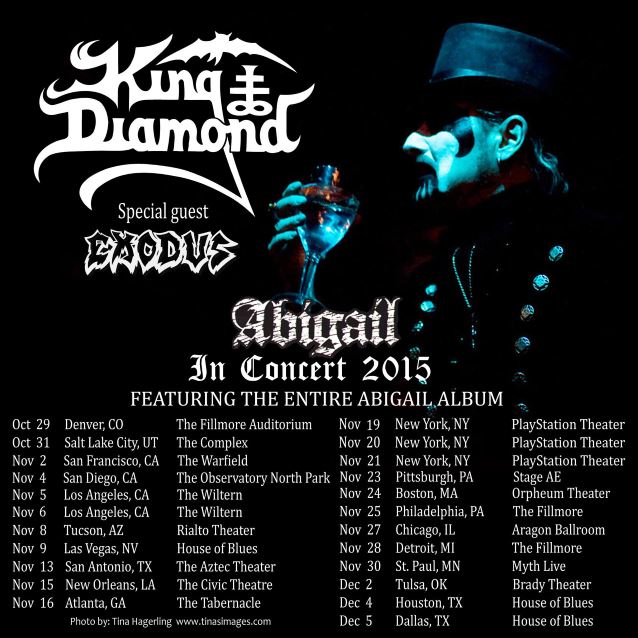