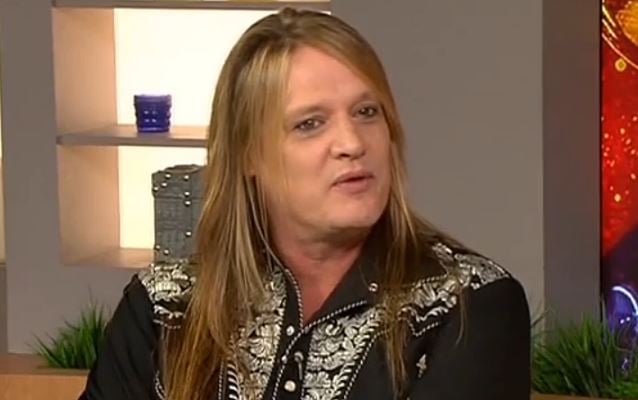 Asked who the craziest rock star was that he has toured with, Bach said: "The craziest tour I did was with a band called PANTERA. They were the craziest. I warm up my voice doing scales — all this boring vocal stuff — and they would warm up by doing 14 shots of Crown Royal [whisky]. 'We're ready! Let's go!'"

Regarding how the touring life has changed since the late '80s and early '90s, Bach said: "I have to say one thing about touring now is that it's as important, or, to some fans, more important to get their picture with you and get the Facebook profile. Every show, I do a VIP meet-and-greet, and the fans flip out about that. And back in '91, we didn't meet anybody. Now it's about the Facebook profile, tagging you on their page. That's what's different."

Bach's latest solo album, "Give 'Em Hell" sold around 4,000 copies in the United States in its first week of release to debut at position No. 72 on The Billboard 200 chart.

The singer's much-anticipated autobiography, "18 And Life On Skid Row", will be released in early 2016 via Dey Street Books (formerly It Books), an imprint of HarperCollins Publishers.