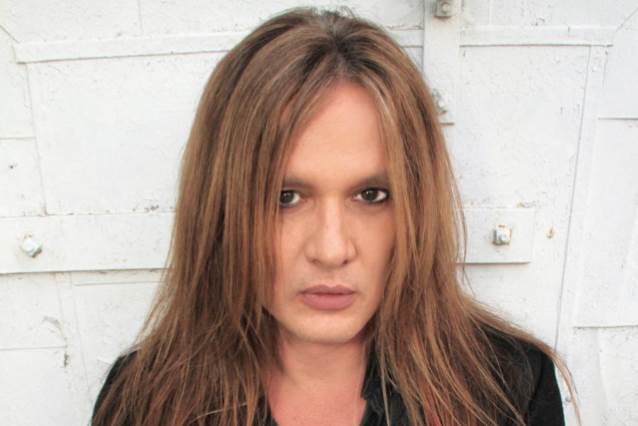 Sebastian Bach says that he was "jealous" when he first heard that Axl Rose landed the gig as the touring vocalist for AC/DC.

AC/DC postponed the last ten dates of its North American tour more than two years ago after doctors told singer Brian Johnson he faced a total loss of hearing if he did not stop touring immediately. AC/DC completed the tour in the summer of 2016, with the GUNS N' ROSES frontman as a "guest vocalist" and Johnson seemingly not returning to the group.

Bach, who has been friends with Rose since 1989, spoke about Axl getting the AC/DC job during a recent interview with "Rock Talk With Mitch Lafon".

Asked what his reaction was when he first heard that Axl was going to be replacing Johnson on the road, Bach said: "I was jealous that I didn't get a chance, 'cause I can fuckin' sing AC/DC pretty fuckin' good too, and I'm not just saying that. [Laughs]

"So, at first, I was, like, 'Fuck, man!' I was jealous," he continued. "But then, of course, I understand, obviously, why he would ge the gig — because people don't know how to sing anymore; it's like a dying art."

Bach went on to lament the lack of great new vocalists in rock, saying: "Maybe I haven't heard any, but where is the new Jeff Buckley? Or where's the new Steve Tyler? Okay, GRETA VAN FLEET — there's the new Robert Plant; that's for sure right there. But there's a lack of original-sounding heavy metal vocalists. Unless I'm not hearing any. But I don't know.

"Making the first SKID ROW record, my two favorite singers were Rob Halford and Steve Perry, and if you listen to '18 And Life', you can hear the influence," Bach added. 'You can hear 'I Remember You' is influenced by JOURNEY, the vocals. I can hear it — maybe you can't, but I can hear it."

Angus Young has not said publicly what he has planned for the future of AC/DC. Axl is still touring with GUNS N' ROSES but has indicated a willingness to work with AC/DC again.

Bach recently confirmed to "The Metal Command" radio show that he is putting together material for the follow-up to 2014's "Give 'Em Hell" album.

"Give 'Em Hell" was criticized by some for sounding "too modern" and a departure from Bach's '80s hard rock past.