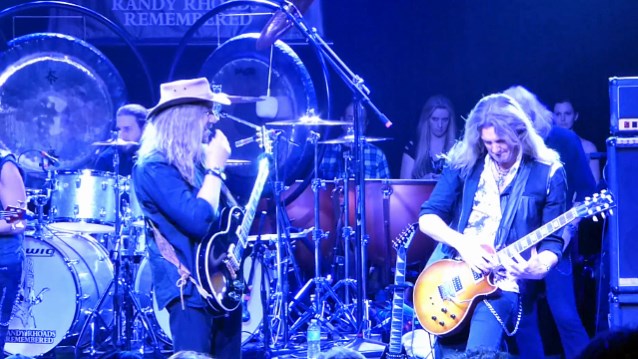 Fan-filmed video footage of the event can be seen below.

"Randy Rhoads Remembered" salutes Rhoads, the brilliant original OZZY OSBOURNE guitarist. Show creator Brian Tichy and partner Joe Sutton conceived this event in 2013 after agreeing years before that Randy Rhoads deserved fresh recognition for his musical impact. They are both huge fans of Rhoads. Tichy himself played with Ozzy Osbourne in 2000. On top of the best guitar players in the world rocking their favorite Rhoads songs, Randy's brother Kelle Rhoads performs and both his sister Kathy and he share their stories, making this a very touching and personal experience for all involved!

"Randy Rhoads Remembered" was the second celebration event produced by Tichy & Sutton, with the first one selling out and taking place during NAMM weekend 2014. The show highlights the industry’s top guitarists playing every song from the iconic "Blizzard Of Ozz" and "Diary Of A Madman" records and then some! Tichy says: "I get to play drums all night at 'Randy Rhoads Remembered' with so many amazing players on records I learned from as a kid! To me, there's no cooler place to be than at these mighty events! I feel like a wildebeest that's made it across a croc-infested river onto fresh grassland; heartily content!" 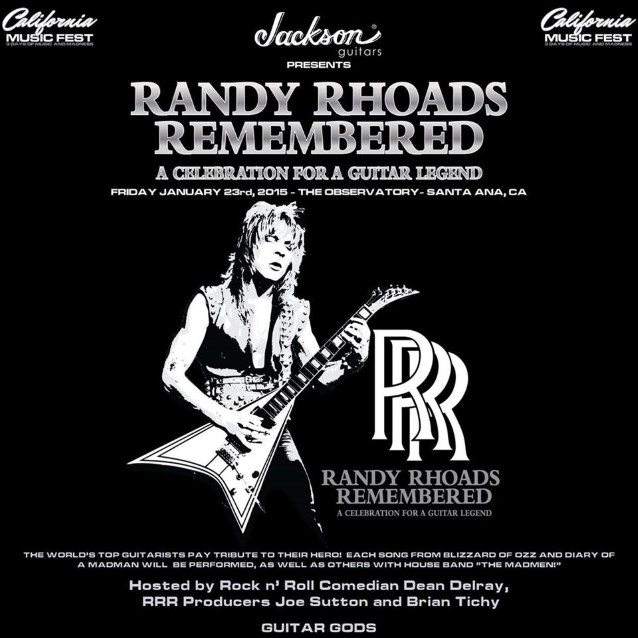