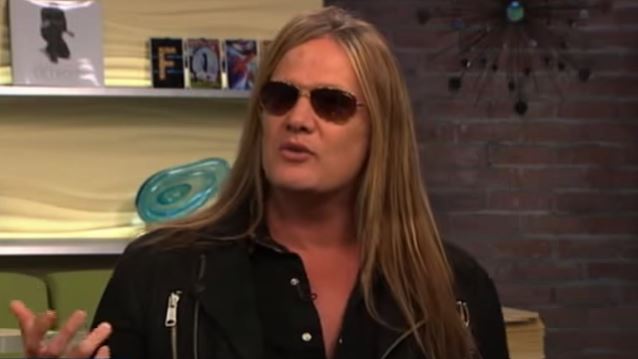 On November 7, former SKID ROW singer Sebastian Bach was interviewed on WJBK, the Fox-owned and -operated television station located in Detroit, Michigan. You can now watch the chat below.

Asked how it is different trying to attract younger fans today than it was back in the late 1980s when SKID ROW started out, Bach said: "After the Internet was created, quote-unquote rock stars are few and far between. Like, when you think of a Steven Tyler, or a Kid Rock or a Bob Seger, or Iggy Pop. Because back when you had to go to the store and buy the record yourself and go mow lawns and choose which albums you wanted, it was a vested interest. So when you think of rock stars, SKID ROW and stuff, we still sell a lot of records and we're on the radio on all the time and VH1…"

He continued: "Rock and roll doesn't really die. It's fun. Rock and roll's fun. So a song like 'I Remember You' or 'Youth Gone Wild' has definitely lasted the test of time. And I'm very busy singing all the time. [Laughs]"

Bach's latest solo album, "Give 'Em Hell", sold around 4,000 copies in the United States in its first week of release to debut at position No. 72 on The Billboard 200 chart. The CD was released on April 22 via Frontiers Records.