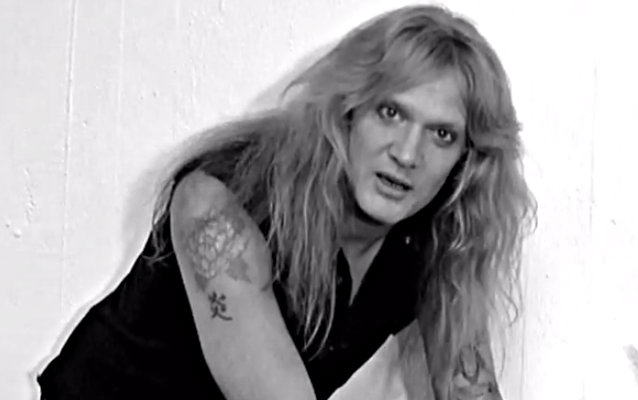 Former SKID ROW singer Sebastian Bach has completed work on his new solo album for a 2014 release via Frontiers Records. The follow-up to 2011's "Kicking & Screaming" was once again produced by Bob Marlette, who has previously worked with ROB ZOMBIE, BLACK SABBATH and SHINEDOWN, among others.

Says Bach: "[I had an] album cover meeting today with the immensely talented Mr. Richard Villa.

"Richard is an incredible artist and we have brainstormed some kick-ass ideas that I cannot wait to execute. And exciting for the collectors out there, it looks like I will be incorporating another one of my father's paintings into this album design.

"There is one specific image that is haunting to me that lends itself to the album title perfectly. We are also doing a crazy-ass photo session that will be quite theatrical and fun to do.

"This album is going to knock you all out. I guarantee it.

"I could not be happier or more proud of this record. I can't wait for you all to hear it!"