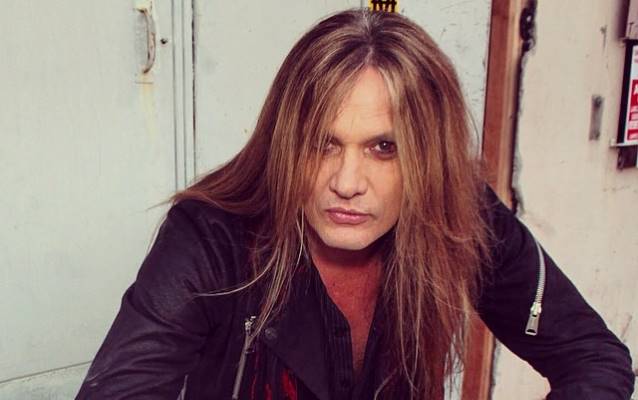 According to TV Series Finale, former SKID ROW singer Sebastian Bach has returned for the upcoming revival of "The Gilmore Girls", which has been filming in recent weeks. Bach's character Gil is expected to come back to rock with HEP ALIEN, the band he played with on the show.

Instead of a full season of episodes, "The Gilmore Girls" reboot will consist of four 90-minute mini movies, each titled a specific season, beginning with winter, followed by spring, summer, and fall.

Bach told Ultimate Classic Rock earlier in the year: "Honestly, the way I look at [my appearances on] television is to promote my music. I know that's silly, but, to me, the albums last forever, more than any TV show. MTV doesn't play rock videos, but if I'm on 'Gilmore Girls', it's like, 'Who is this dude? I'm going to check out his albums.'"

He continued: "Netflix has given that show a whole new thing. I walk around and I always hear [about] 'Gilmore Girls'.

"I get noticed for different things in different parts of town," he added. "If I go to [famous Los Angeles rock club] the Rainbow, it's SKID ROW. If I go to a mall, it's 'Gilmore Girls'. If I walk around in the country of Canada, there is one thing that they like about me and that's 'The Trailer Park Boys'. Everywhere I go! I just consider myself lucky that I can do different things."

Hep Alien is back for the #GilmoreGirls revival. Find out more now! https://t.co/CpibHYgML1 pic.twitter.com/EnnyWEXHIG