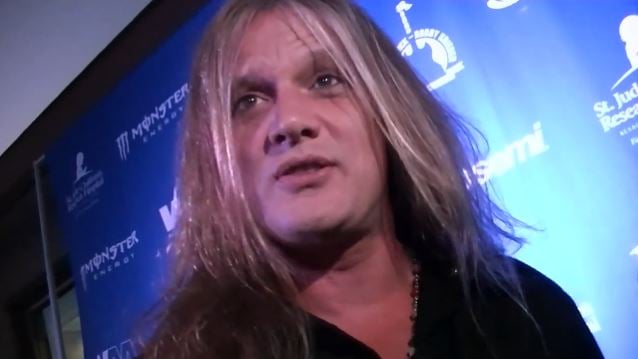 Cameron Buchholtz of the Rock 100.5 The KATT radio station conducted an interview with former SKID ROW singer Sebastian Bach at this year's Rocklahoma festival, which was held May 27-29 at Catch The Fever Festival Grounds in Pryor, Oklahoma, just outside Tulsa. You can now listen to the chat below.

Speaking about his long-awaited autobiography, "18 And Life On Skid Row", which was scheduled to be released last month, Bach said: "It's been delayed because it's a very big project — six hundred pages with lots of pictures. They asked me for thirty pictures; I gave them a hundred and sixteen. And I'm, like, 'It's my book, dude.' [Laughs] It's got a lot of stories of crazy shit that I did. But there is a beginning and an end to it, like a story arc, because my life was very weird."

Bach added that the book is now finally "in the can," but stated that his publishers — Dey Street Books (formerly It Books), an imprint of HarperCollins Publishers — are finalizing the book's packaging, including"showing me different fonts and different frames around the pictures."

Bach revealed that he "wrote the whole thing" himself without the help of a co-writer and mentioned recent books by Keith Richards (THE ROLLING STONES), Paul Stanley (KISS) and Duff McKagan (GUNS N' ROSES) as ones that he found particularly interesting. He said: "I love [punk rock icon] Henry Rollins's writing. If my book had any kind of the power of that, I would be honored. 'Cause the way he writes is very impactful. Every paragraph, you wanna read it over and over."

Asked what was different about branching into the literary world compared to being in the music business for so long, Bach said: "You still have to fight for what you believe in and stick up for what you think is cool. Dave Grohl [NIRVANA, FOO FIGHTERS], he said one of the biggest things in rock and roll is you have to learn how to say 'no,' because there's always people trying to get you to do shit that's not cool."

Sebastian recently told Billboard that his "favorite" photos in "18 And Life On Skid Row" were taken "the day that I went to see KISS in 1979 at Maple Leaf Gardens. I tell the story that my parents had divorced in Peterborough when I was 10, and then I didn't see my dad for a long time with my mom. I would go back and forth. And then when KISS came on August 4 of '79, he came back to my family and reunited with my mom and took me and my sister to the KISS concert. It's almost hard to even talk about. But he had pictures from that day, our outing, they capture 1970s rock and roll fandom. Nobody's ever seen these shots, pictures of KISS too, of Gene [Simmons] because we're in the front row. Nobody's ever seen these. And me, he captured my excitement, at 11. And those are in the book. Then the pictures captured the time, like big time. It's not like a bunch of Polaroids of little kids. It's artistic, unbelievable photos just in and of themselves, as art, and nobody has ever seen these, nobody in the world because I couldn't look at 'em. [Laughs] They're too heavy. It's too powerful. But then there's the task of doing a book. So I have all those archives."

He continued: "There's just so much in this book because this is the very, very first-ever SKID ROW book. I know in the future there will be more books on the band SKID ROW, but when I go to Barnes & Noble, there's zero. There's none. And every other band has a hundred books, MÖTLEY CRÜE, CINDERELLA, BON JOVI, AEROSMITH; every band has 10, 15 books. There's none on SKID ROW. So this is the first one, so I'm going to pack it full of as much info as I can because you only get one chance to make a first impression. [Laughs]"

According to HarperCollins.com, "18 And Life On Skid Row" will now arrive on September 27. 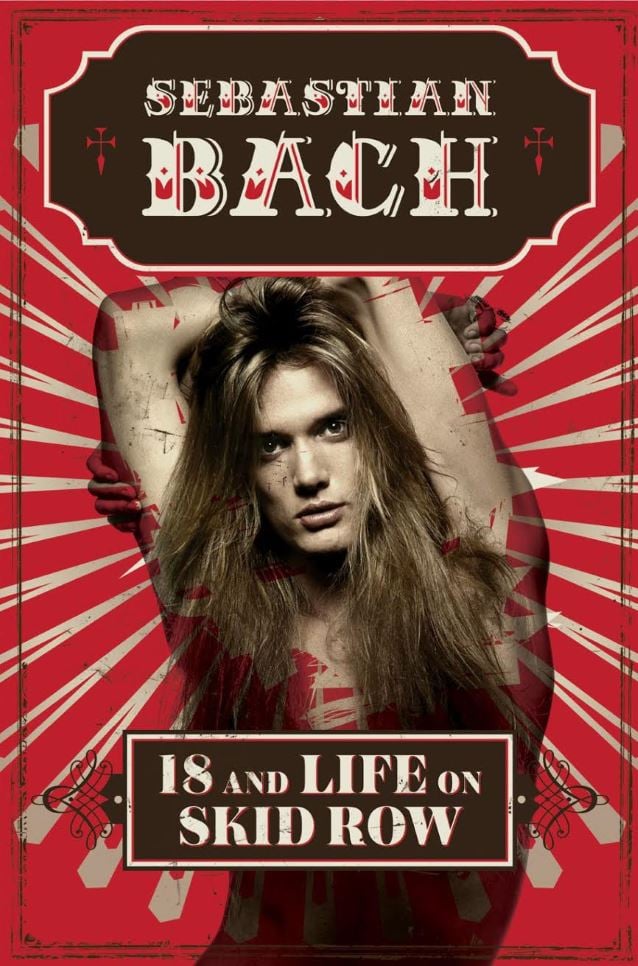