Following a year-long, monumental celebration of the classic, multi-platinum-selling album "Skid Row", acclaimed vocal powerhouse Sebastian Bach has announced the bash continues in 2020, with a second leg of the tour to take place in March, April and May. Due to overwhelming demand, the tour will hit more cities as well as a make-up show in Dallas and a return to Los Angeles for a show at The Fonda Theatre. Tickets and VIP meet-and-greet upgrades go on sale Friday, December 20 at SebastianBach.com.

On the fall 2019 leg of the tour, Bach usually opened the 15-song set with "Tornado" — the LP's final track — and "Forever" before the singer performed the rest of "Skid Row" in order. As an encore, Sebastian played two songs from SKID ROW's 1991 album "Slave To The Grind": "The Threat" and "Monkey Business".

In June, Bach issued an "open invitation" to the other members of SKID ROW's classic lineup to "get onstage and jam" during the vocalist's recent tour. A few days later, during an interview with Finland's Kaaos TV, guitarist Dave "Snake" Sabo confirmed that he would not accept Bach's latest overture. "I'm working with my band," he said. "This is SKID ROW, and this is what I do." 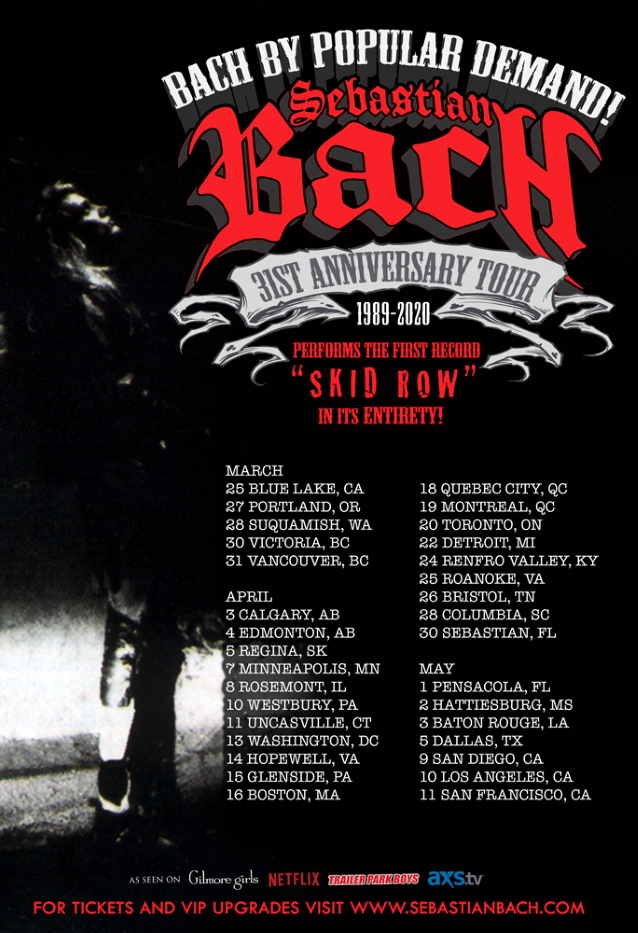