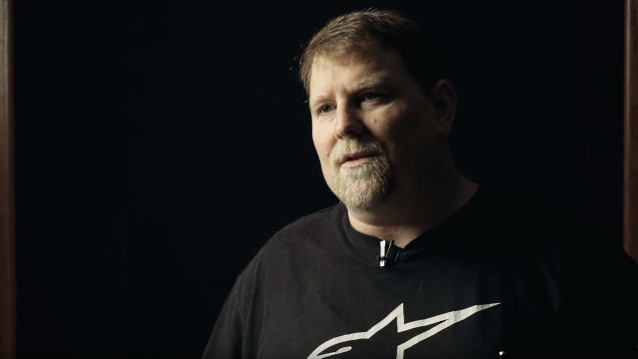 Sean Reinert's husband has issued a statement on the influential drummer's passing, saying that "the lives of Sean's close friends and family have just been shattered."

Thomas Snyder wrote: "I'm broken. As many of you now know, my husband Sean passed away last night. Some of you in the inner circle I was able to reach via phone last night and this morning to try to let you know what happened before it spread across social media. For those I couldn't reach to tell you myself I'm sorry.

"I'm still trying to put together the events of the last 24 hours. After coming home from work last night I found Sean unresponsive on the floor, I administered CPR with the assistance of the 911 operator and he was taken to a local hospital via ambulance. There is no cause of death and an autopsy will be performed.

"Sean and I just completed our yearly physicals about 3 weeks ago and we were both in good health. Sean did not have any sort of drug abuse issues and I'm still in a state of disbelief. I can't begin to comprehend how my life and the lives of Seans close friends and family have just been shattered.

"It feels strange to even have to make this post over such a private matter but I understand Sean was a public figure and beloved by many around the world.

"For myself, Seans family and close friends I ask that you please give us time to grieve. The fans he adored so much lost an influence and phenomenal drummer. Some of us lost our Husband, Son, Brother, Uncle and Best Friend.

Reinert was a founding member of the pioneering progressive metal band CYNIC, along with guitarist/vocalist Paul Masvidal, and he remained in the group until September 2015.

I’m broken. As many of you now know, my husband Sean passed away last night. Some of you in the inner circle I was able...