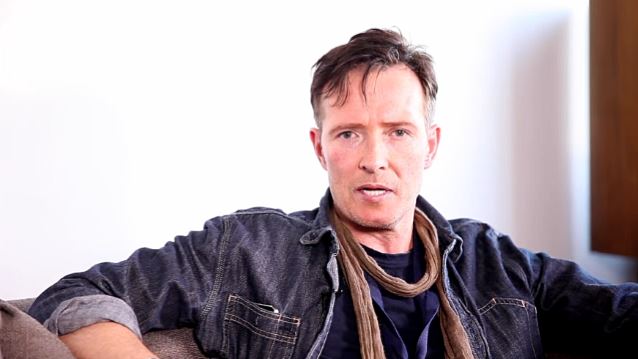 Ex-STONE TEMPLE PILOTS and VELVET REVOLVER singer Scott Weiland spoke to Songfacts about the songwriting process for the upcoming album from his solo band THE WILDABOUTS and how it differs from his past offerings, both as a solo artist and with his previous groups.

Said Weiland: "Well, this album is different, the current one that I'm working on with the band. In the past, writing alone, I've written much more eclectic records. It's more obscure music.

"The two big bands that I've played in up to this point, VELVET REVOLVER and STP, are known for big, D-tuned power riffs, power chords, and big sound. So it's different.

"When I was writing with STP and VELVET REVOLVER, it was kind of the same thing: One of the guys would have a song idea and we'd kind of suss it out with the band and then I'd write my melodies and then write my lyrics to the melodies. And as a solo artist, I kind of felt free to go off and explore all different styles of music that I've been interested in over my lifetime and find some sort of cosmic melting pot for it. That was fun, but it was more difficult to bring that to the stage, because it meant we had to have more players and a lot of effects. We'd bring in loops and stuff — the loops that we created for the album, we'd bring them out live. Which was fun, but I think for a lot of the STP and VELVET REVOLVER fans, it was kind of a stretch for them to wrap their heads around because they were very left-of-center records, '12 Bar Blues' [1998] and 'Happy In Galoshes' [2008]. This is much more of an indie-sounding record, but it still is very much a rock and roll record. There's big, fuzzy riffs and it's cool. It's a whole new experience.

THE WILDABOUTS originally began as a five-piece but recently decided to drop down to a four-piece. "The reason for doing that was, we started playing one time… like, there 's a couple of times Doug [Grean, guitar] was gone and we played, and we realized that it sounded a lot better as a four-piece; there was a lot more space between the beats, between the notes," Scott told MSN Canada.