"Don't get me wrong. I'm not advocating a violent revolution. However, this country was born out of revolution and the concept of freedom. These promises are part of our constitution, written as doctrines with checks and balances within the triumvirate of the executive, judicial, and legislative branches of our government. One branch should not have more power than the other, but that position has either been forgotten, or tossed out the window. As a result of this, our voices, power, and personal liberties have grown smaller because of it.

"A good example is the constitutional breakdown that now allows the government to secretly wire tap and spy on just about anyone, anytime, anywhere, without any checks and balances, all in the name of patriotism. I've looked up the word 'patriot' in Webster's and nowhere could I find a reason for a government of the people by the people and for the people to freely intimidate or spy on an American family, no matter who that American family is.

"In our public schools American history is no longer a priority. It's no wonder, then, that each generation has lost its sense of natural pride, knowledge and sense of civic duty, which shows up most in simple acts such as voting or volunteering.

"We have gotten ourselves into an economic mess. We are the part of the dynamic that is creating this financial avalanche. We have bought and sold the concept of consumerism, which has only benefitted the top one percent. We've turned into a buy, sell, and disposable society. We are now seeing the end of a financial myth, the end of the Reagan era. The days of America being a disposable society are coming to an end.

"A good economic example is real estate. Two years ago my wife and I bought a house that was on the market for two days. Being told we'd make a profit, we put it back on the market six months ago. The bottom fell out of the housing market, and it sat for six months. Now we're looking at a loss. A family member, a successful real estate broker, has had to retire due to negative income.

"Politics infiltrates everything while the art, TV, film and mostly music audiences turn a blind eye. We once were a country built on light, a light that illuminated the dreams of millions. Sometimes that meant venturing on perilous missions; sometimes that meant living on nothing but a promise and a hope. Those promises and hopes are slowly fading and turning us cynical.

"America is a beacon, but it has been tainted by promises not kept. We shouldn't fool ourselves into thinking that in a world that is changing so rapidly, modifications or ratifications can't or shouldn't be made, especially for the good of the people, the dream, the miracle that became this nation which I believe was Godly inspired.

"Now that I've turned 41, I'm seeing things in a far different light. I've witnessed the cold war between the Soviet Union and the United States and its recent renewed flexing of muscle. I've seen countries such as North Korea, Iran, Pakistan, India and of course, China, the fastest growing economy in the world, grow stronger and wiser after the fall of the Berlin Wall.

"There was something strikingly different between when I was 22 compared to the youth I observe today. One of the main responsibilities of a citizen is to be aware and active. We have become so celebrity obsessed, and reality TV exposed that nothing is shocking anymore. Nothing of value matters. Don't get me wrong, this isn't just about a generation, it's also partly about the media and its relationship with education, American history, pop culture, and art. It doesn't help that younger generations know more about celebrities than about the three branches of government or true patriots.

"Therefore, we need to 'educate.' And not 'The Simpsons', although a smart parody, is not real, NEITHER IS reality TV, US Weekly. Lights on...wake up...this is REALITY! The light is dimming the dream is fading. We ought not be a country that randomly marches off to war to flex our muscle, yet we are a country that was built on honoring our commitments. We are a country that honors our soldiers who have answered its call because that's how we won our independence, and because that is how dreams and freedoms are forged. Once again in so many ways these are dire times and hope seems to be on the brink of slipping away.

"Traveling 18 years for a living, I've seen the changes in attitudes of people around the globe. I've seen our country go from one that everyone admired to the brunt of jokes. Obviously, that hurts. 'We the People' can't allow it any longer; it's time for change. It's time for hope and dreams to be fulfilled. It's time to put America back on the road to unity, prosperity, and respect.

"We need a leader who believes in that dream and has that hope. More than that we need a leader to lead us back to our country's moral principles, a leader who has the creative courage to take us forward into the future and into a better place. I feel it, I believe it, Barack is that man, that president who can and will.

"After looking at all that's wrong with the economy, world politics, education, and other problems that will test our new president, I don't see John McCain as the renegade and patriot he claims to be. Instead, I see Barack Obama as the patriot, that man, that president who is ready to lead, and who can and will.

"Please act, please be involved, even if what I have written has inspired you to move in the other direction (I hope that I'm not that poor a persuader). However, when you look deep inside, don't you want to feel proud about saying 'I am an American' again?" 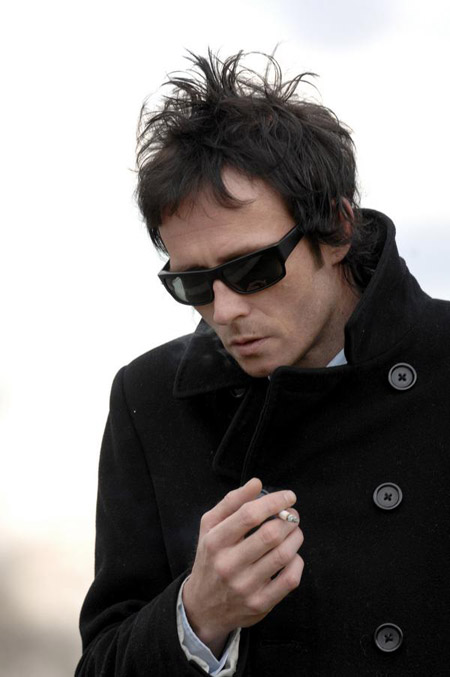