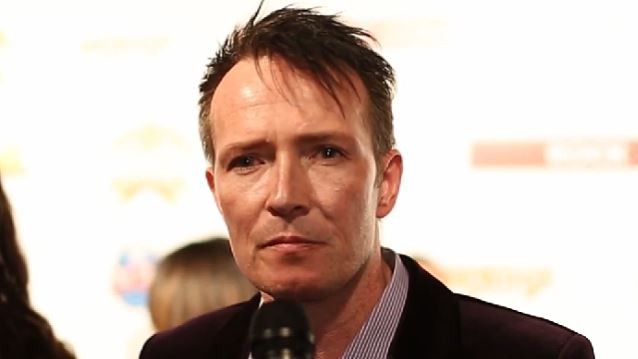 Scott Weiland says that he was never a member of ART OF ANARCHY despite the fact that he recorded a debut album with the supergroup, and says that his main focus is his solo band THE WILDABOUTS.

"I was never in [ART OF ANARCHY]," the former STONE TEMPLE PILOTS and VELVET REVOLVER singer told Billboard.com. "It was something I did when I wasn't doing anything. I was asked to write some lyrics and sing some melodies on this project, but it's not a band I'm in. This is my band," he added, nodding to SCOTT WEILAND AND THE WILDABOUTS.

In an exclusive statement to Rolling Stone, Thal wrote that "ART OF ANARCHY is not competition or a threat or interference to what any of us are doing — it's a complement, an addition, one I'm proud of creatively."