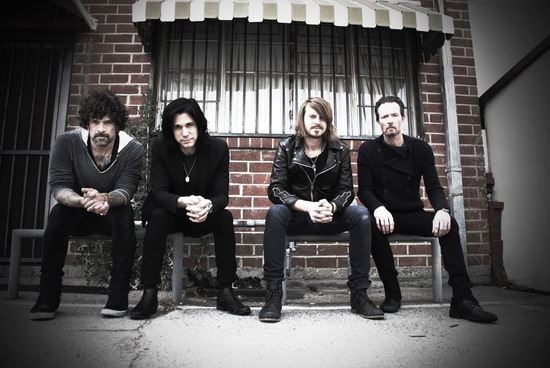 Ex-STONE TEMPLE PILOTS singer Scott Weiland and his band THE WILDABOUTS have canceled their previously announced European tour in September/October with the exception of the show in London, England at The Garage on September 3.

A statement from the group reads as follows: "Scott and the band, along with management, want the fans to know that this decision was not made lightly, but as it stood, the tour dates had far too many administration and production issues to overcome, and ultimately the fan experience would have been far below what Scott feels his loyal fans deserve. Again, we apologize to our fans and appreciate their understanding in this matter."

THE WILDABOUTS have had several lineup changes since last year. Weiland fired his longtime guitarist and business partner Doug Grean in early 2014, while drummer Danny Thompson left to focus on his work with the ALAN PARSONS LIVE PROJECT. Meanwhile, guitarist Jeremy Brown stepped up to take a bigger role following Grean's dismissal, but Brown's sudden passing in March forced the band to hire Nick Maybury.

The cause of Brown's death was released in May by the Los Angeles Department of Medical Examiner-Coroner. The report states that Brown's death was an accident, and the result of intoxication from multiple drugs.

THE WILDABOUTS' debut album, "Blaster", arrived on March 31, one day after Brown's death on March 30, and followed up Weiland's 2008 solo effort, "'Happy' In Galoshes".