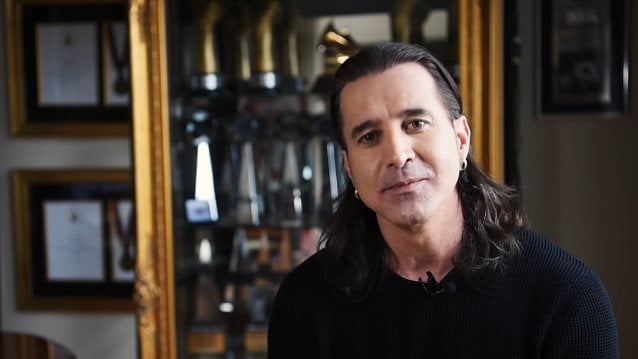 According to The Pulse Of Radio, ART OF ANARCHY frontman Scott Stapp has revealed in a new interview with GQ that he felt the presence of late STONE TEMPLE PILOTS and brief ART OF ANARCHY singer Scott Weiland on the tour bus on which Weiland died, which Stapp later used for his own solo tour. Stapp explained: "All of a sudden, it was almost like Weiland speaking to me from the grave, man. It was a very weird feeling that I felt. I remember being in the bathroom, looking in the mirror, on the bus, and really feeling like I could hear or feel him saying, 'Dude, this could have been you. And this could be you if you continue that path. Don't do what I did. Don't go down that road.'"

Asked if he actually saw Weiland's spirit on the bus, Stapp replied: "No. God rest his soul, and my family has prayed for his family and his children, but, really, it was a crazy, mystical experience. It was just in my face, man. I had my moment of, like, dude, he's speaking to me, man. Almost as if, from my standpoint, in my life and in my recovery, his death was not in vain. Not only could that have been me, that should have been me."

Weiland sang on the first ART OF ANARCHY album, but never performed live with the group and distanced himself from the project before his death from an overdose of drugs and alcohol in December 2015 while on the road.

Stapp, sober after a well-publicized meltdown over two years ago that was partially the result of heavy drug use, was recruited last year to sing for the group.