Just seven months since "The Space Between The Shadows" debuted atop the charts, Scott Stapp announces his next single, "Survivor", and the first dates on "The Survivor Tour", which kicks off June 5 in Pacific Junction, Iowa. Presale tickets for Live Nation venues begins Tuesday, March 10 at 10 a.m. local. General ticket onsale begins March 13 at 10:00 a.m. local time on ScottStapp.com.

Last July, Scott's first album in six years, "The Space Between The Shadows", introduced "Purpose For Pain", Scott's highest-charting single since 2005. His North and South American tour dates came with all the power, pyro, and anthems expected of one of the biggest voices in recent rock music and he recently discussed his five-year journey of overcoming and rebuilding during a candid question-and-answer session at the Pollstar Live! conference. Having fought for his return, "Survivor" is a powerful anthem to strengthen the resolve of anyone wrestling with adversity as Scott roars at the demons of the past, "how ya like me now?!"

Today, Scott also debuted an inspiring PSA video from his trip to Ecuador with ChildFund International, one of his philanthropic partners since 2015. Set to his song "Wake Up Call", the video illustrates every individual’s potential and the joy of giving, for both the giver and the recipients. As he did last summer, Stapp will host ChildFund reps at each venue so that fans who are able can sponsor a child for $36 a month.

"ChildFund has created a network to give these kids a fighting chance of overcoming the reality they were born into. Children in need don't have to become victims of neglect," said Scott.

"The Survivor Tour" tour dates (more shows to be announced): 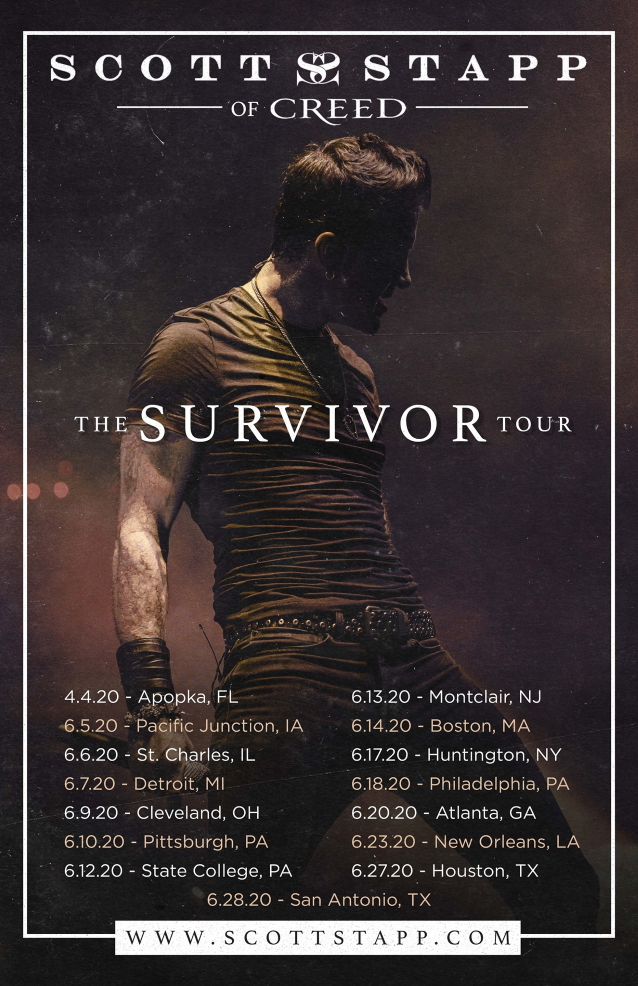