SCORPIONS' legendary "Virgin Killer" album will be released on limited-edition 180-gram vinyl by Marshall Blonstein's Audio Fidelity in April. The LP was mastered for this vinyl release by Kevin Gray at Cohearent Audio.

"Virgin Killer" is the first of four studio releases that really defined the SCORPIONS and their highly influential urgent metallic sound. It was released in 1976 and was the first album of the band to attract attention outside Europe. The album was a step in the band's shift from psychedelic music to hard rock. For the first time in the band's career, the lineup stayed the same with Klaus Meine on vocals, Uli Jon Roth on lead guitar, Rudolf Schenker on rhythm guitar, Francis Buchholz on bass and Rudy Lenners on drums. The nine tracks were laid down with Dieter Dierks producing.

"Virgin Killer" is full of heavy songs and exceptionally, fast, innovative guitar leads by Uli Jon Roth. These songs are infectious and the Jimi Hendrix comparisons are endless, especially the sound of the thunder-heavy riffs and grooves on Uli's "Polar Nights" guitar solo that make it a classic.

"Virgin Killer" should have made the band superstars, but since metal was still very much an underground movement, the SCORPIONS would have to wait until the 1980s when the band cranked out their first hits. The metal is so clear cut and state-of-the-art on this historic recording and distinctly draws the line of what was classic hard rock and true heavy metal.

"Virgin Killer" is simply essential listening; a landmark album for the genre's development that made Uli Jon Roth a guitar legend. 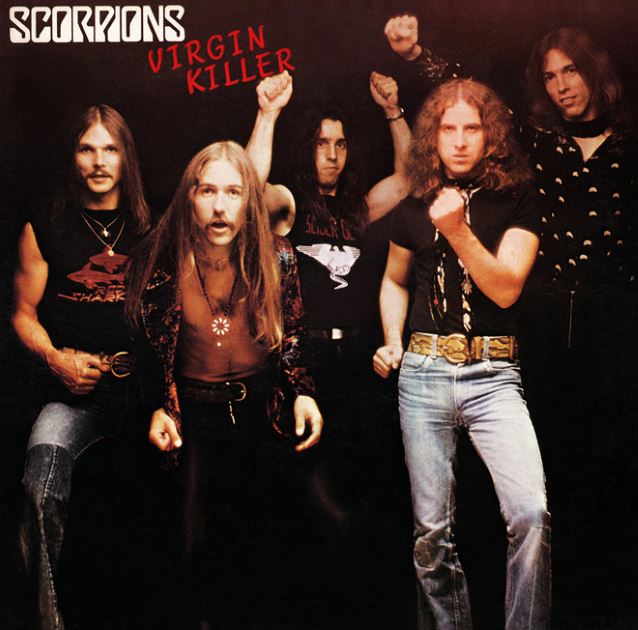