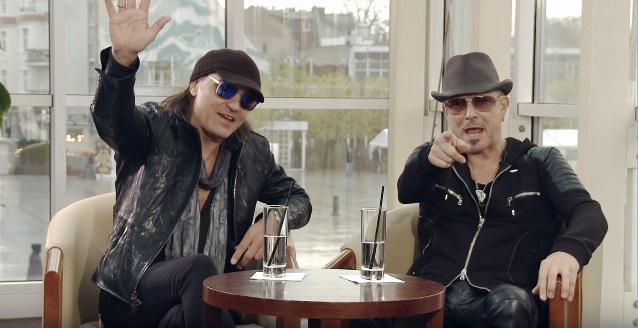 Asked if there are still things that a veteran band like SCORPIONS can learn from younger groups, Matthias said: "We never let go in terms of… we don't wanna fade with our energy. It is our goal to keep the same energy level up, and when we look at younger bands, it's good to see that we can keep up with them at anytime. So this is something we really watch out for — that we are not, all of a sudden, on stage looking old and standing around like boring people. We are very active, as we've always been."