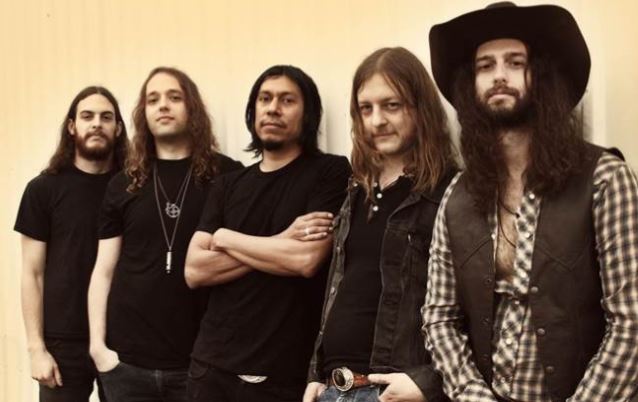 Austin rockers SCORPION CHILD have entered the studio to begin recording their sophomore album, due later in the year via Nuclear Blast Entertainment. The band have once again joined forces with Chris "Frenchie" Smith (THE ANSWER, AND YOU WILL KNOW US BY THE TAIL OF DEAD…), who also produced and arranged SCORPION CHILD's self-titled, full-length debut.

SCORPION CHILD vocalist Aryn Jonathan Black states: "The band is now locked in the studio committing everything to album No. 2. Everyone is dressed to the nines and it's business time!"