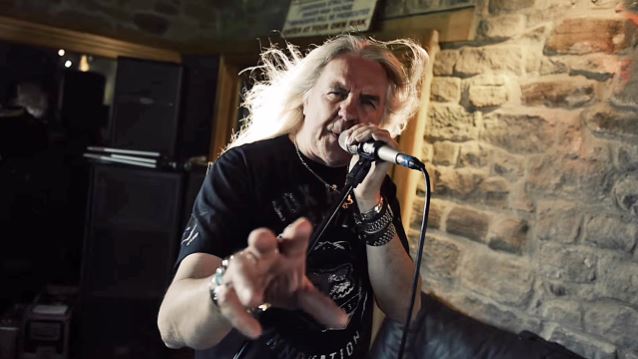 Metal Wani's editor in chief Owais "Vitek" Nabi recently conducted an interview with vocalist Biff Byford of British heavy metal legends SAXON. You can now listen to the chat in the YouTube clip below. A couple of excerpts follow (transcribed by BLABBERMOUTH.NET).

On SAXON surviving all the lineup changes over the last four decades and still going strong:

"Well, we haven't changed members for 23 years, so we've been farly stable for quite a long time. I tell you, we just take it a day at a time. We've been touring consistently for 35 yers and making albums. And we haven't changed massively, I think. I think it's still the same root to SAXON that there always was. It's not as if we changed everybody. I mean, Paul Quinn [guitar] has been around since the early [days] and so has Nigel Glockler [drums], so I think some of the essence of SAXON still remained."

On SAXON's new album, "Battering Ram", being a mixture of heavy metal and rock and roll:

"The new album is probably less rock and roll than the one before [2013's 'Sacrifice']. And by 'rock and roll,'I mean sort of midtempo, riffy things. The bonus track is like that, 'Three Sheets To The Wind'. But, yeah, it's a great mix of traditional heavy rock and heavy metal. Maybe this album is more focused."

On maintaining a balance between the classic-rock essence and a heavy metal sound:

"We wrote about… I don't know… 15, 16 songs, and we chose the ones that are more focused, really — that could make the album more focused, stylistically. Although 'Queen of Hearts' is quite proggy, it's probably a bit heavier, this album, than the last one. Not in the sound, [but] in the songs."

On the importance of experimentation within the context of a SAXON album:

On working with producer Andy Sneap on "Battering Ram":

"Andy loves all the '80s stuff anyway, so he's the perfect guy to keep the SAXON sound and the essence of SAXON, but still make it modern, give a modern edge to it. So he's the perfect choice for SAXON, really. Because he does a lot of modern acts like KILLSWITCH ENGAGE, and he [also works with] a lot of retroactive [bands] like ACCEPT. I think particularly SAXON, we don't want to recreate the '80s thing — we like to keep the '80s essence there, but we like to sound modern as well."

The set is available for pre-order now via iTunes, with the title cut, "Battering Ram", as the instant grat track. 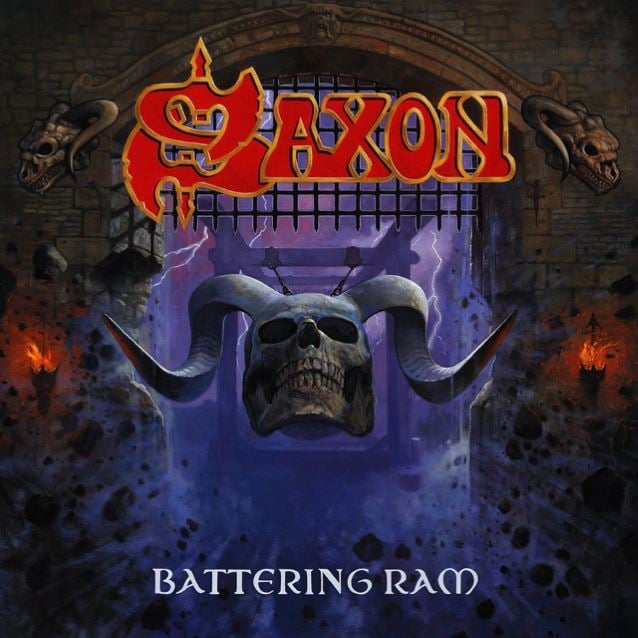