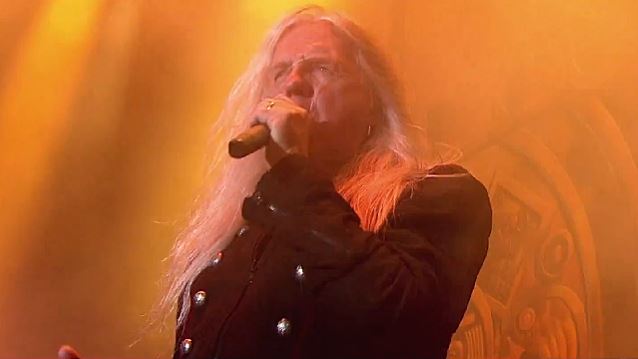 British heavy metal legends SAXON continue their detailed documentation of life on the road with "Warriors Of The Road - The Saxon Chronicles Part II", to be released in Europe on November 7 and in North America on November 25. The set features extensive coverage of the band's 2013 appearance at the UK's Steelhouse festival plus full performances from the Wacken Open Air and Download festivals in 2012 and Graspop Metal Meeting in 2013. A further bonus disc will carry the Steelhouse festival set on CD.

This jam-packed collection of some recent SAXON road triumphs is the successor to 2001's "Chronicles" release, which admirably documented many elements of SAXON's earlier career. "Warriors Of The Road" proudly maintains that tradition and bumps it up a notch by charting the return of the famous stage eagle back from Hamburg to a British show for the first time in decades, documenting the Steelhouse festival from dawn until long after the midnight hour. In the process, fans are given further personal insights into the band members, Paul Quinn (guitar), Nibbs Carter (bass), Nigel Glockler (drums) and Doug Scarratt (guitar) and the main man, Biff Byford.

Tales of tea and other leaves are told among other stories which come together to explain why the boys have enjoyed such an amazing, enduring and successful SAX-life on the road for 35 years.

To celebrate "Warriors Of The Road - The Saxon Chronicles Part II", the band will be doing what they instinctively know best as they hit the road for a 36-date European tour which starts in Athens, Greece on October 25 and ends on December 13 in the UK at the O2 Shepherd's Bush Empire… with plenty of Europe in the middle! 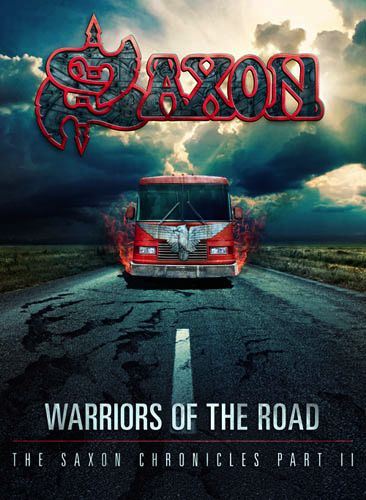