BMG has set a November 17 release date for "Decade Of The Eagle", a deluxe anthology featuring thirty-four tracks that look back at the years that built the SAXON legend.

"Decade Of The Eagle" is a retrospective that spans the band's first nine albums and represents the very best of the first decade of their astonishing career during which time SAXON notched up five Top 40 albums and four Top 20 singles. These 4LP (180g vinyl) and 2CD deluxe editions are in a gatefold sleeve that features a special metallic embossed coin on the cover. They also include new liner notes by frontman Biff Byford that document the decade and which are accompanied by rarely seen and classic photos from the era.

In the new video clips below, Byford discusses SAXON's first headline show in London at the Electric Ballroom, the band's setlists and live shows during the '80s, what he feels is SAXON's most undervalued album from the '80s, and working with Elton John on the "Rock The Nations" album.

SAXON played a significant part of the New Wave Of British Heavy Metal movement, perhaps the greatest metal genre of them all and have become one of the all-time masters of heavy metal. In doing so, SAXON have ensured they are now representative of the heart and soul from the NWOBHM time. Always remaining true to the values which established them in the first place they are driven by a desire to continuously set the highest standards and meet them head on, SAXON's work on those nine studio albums still resonates resoundingly — this is timeless stuff.

"Decade Of The Eagle" track listing:

Biff says: "These are the albums from a time in the eighties that moved a generation of rock fans around the world, when British rock was once again at the forefront. Great times — never to be forgotten and still reverberating to this day."

To pre-order your copy of "Decade Of The Eagle", go to www.pledgemusic.com/saxon.

SAXON will release its 22nd studio album, "Thunderbolt", on February 2 via Militia Guard (Silver Lining Music). The follow-up to 2015's "Battering Ram" was once again helmed by producer Andy Sneap, who has previously worked with JUDAS PRIEST, MEGADETH, ACCEPT and TESTAMENT, among others. The disc will feature original artwork by longtime SAXON collaborator Paul Raymond Gregory. 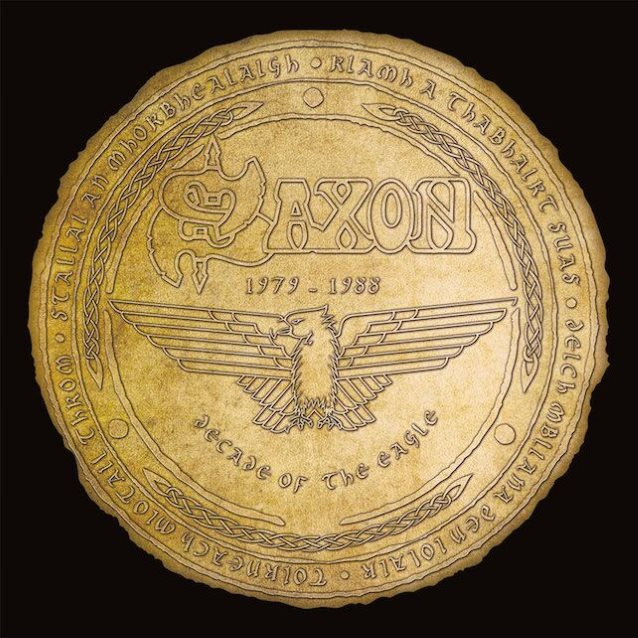