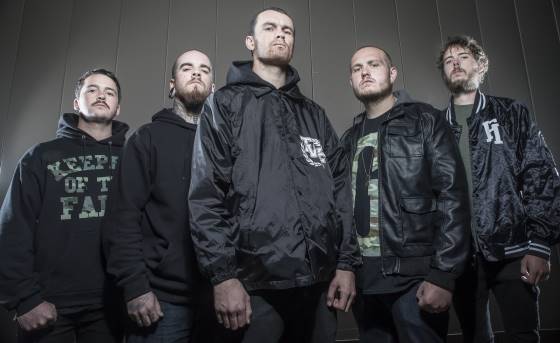 New Zealand's brutal metallic hardcore band SAVING GRACE will release its fourth album, "The Urgency", on January 21, 2014 via Facedown Records. The CD was recorded at Parachute Studios in Auckland with producer Zack Ohren (ALL SHALL PERISH, CARNIFEX, THE GHOST INSIDE, FIRST BLOOD). It is described in a press release as "the band's most raw and aggressive effort to date and sees a return to earlier roots of their original sound which is heavily influenced by traditional European metalcore and mixed with stylings of American hardcore and death metal."

The cover artwork for "The Urgency" was created by U.K. artist Colin Marks (WHITECHAPEL, IMPENDING DOOM, OCEANO, ALL SHALL PERISH) and can be seen below.

Having signed with U.S.-based Crimson Management (VANNA, SHADOWS FALL, JOB FOR A COWBOY) immediately after their third North American tour and appearances at 2013's Facedown Fest and 15th annual New England Metal & Hardcore Festival, SAVING GRACE returned to its homeland in May to begin work on brand new material for a follow up to 2011's "The King Is Coming".

Comments SAVING GRACE lead guitarist and co-founder Vasely Sapunov: ""With each new album, we only ever have one goal and that is to create music which is harder, heavier, darker and more aurally disgusting than the previous and this is by far the darkest and most pissed off record we have ever created.

"You will never hear anything like clean singing, trendy down-tuned guitars or a more commercially friendly approach from SAVING GRACE and that is a promise. We will continue to push the boundaries of how we define 'heavy' and that's by crafting the most aggressive music that we are capable of and filling it with sincere, passionate and truthful lyrics.

"On this record, you can expect to hear the classic sound of SAVING GRACE, but taken to the absolute extreme with all of our early musical influences dissected to create the ultimate blend of metallic hardcore.

"We wear our combined influences proudly on our sleeve from classics like SLAYER, REPRISAL, EARTH CRISIS, PANTERA and ARKANGEL to bands like MARTYR AD and SLIPKNOT all the way through to death metal acts that we grew up listening to like MORBID ANGEL, IMMOLATION and DECAPITATED."

The debut single from "The Urgency", "1994", can be streamed using the SoundCloud widget below. 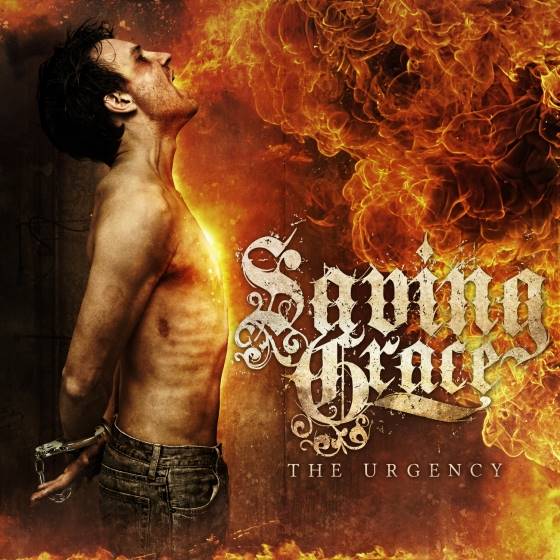