earMUSIC has announced the long-awaited final chapter of the successful SAVATAGE reissues series. Previously unreleased and originally only intended for the Broadway rendition, "Streets: A Rock Opera" — the groundbreaking album by SAVATAGE — is now available including its original narration parts.

To complete this extraordinary release and to award the many fans who have shown dedication and love for SAVATAGE's legacy, the final chapter of this reissue series will feature the band's favorite videos. Released for the first time on DVD and restored from the original tapes, the video collection spans from SAVATAGE's 1987's video "Hall Of The Mountain King" until 1996's "One Child".

As on all previous chapters of the SAVATAGE reissues series, the album includes newly written liner notes by Jon Oliva, who is sharing his memories about all SAVATAGE videos.

Fans looking for unreleased and rare bonus tracks will be happy to discover a lot of extra audio content on the DVD: "Shotgun Innocence", "Forever After", one instrumental acoustic version of "Voyage", live versions of "Stare Into The Sun" and "Conversation Piece" recorded in Japan (but NOT included on the official live CD) and the piano version of "Sleep". The bonus track "Larry Elbows" deserves a special mention: this previously unreleased song didn't make it on the original "Streets: A Rock Opera" album due to time limits and is finally available to all the fans that never forgot the creativity and the energy of this extraordinary band.

"I'm really excited for this version of 'Streets' to finally be released," says Jon Oliva. "It was something different, an idea that Paul O'Neill had to take the progressive rock opera format to a bigger and better place than anything we had done, and anything I had heard anyone else doing before. This version of the album has only been floating around on bootlegs." 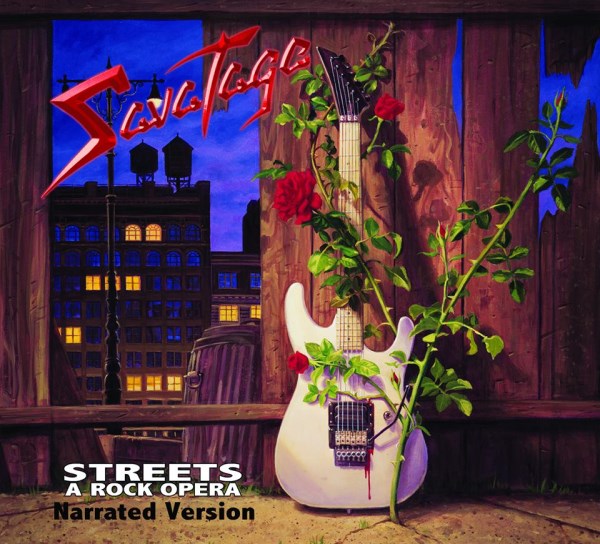