Norway's NRK reports that a Satanism expert believes that Friday's (May 29) arson attack on a church in Våler, about 150 km northeast of Oslo, could mean the beginning of a new wave of attacks on churches in Norway.

According to About.com's guide to Scandinavia travel, Norwegian police were called to the historic wooden church, which was built in 1805, on Friday morning, where fire was quickly engulfing the beautiful church within just a few hours. They later confirmed that the fire had been intentionally set, reminding of the number of arson fires taking place in the '90s in Norwegian places of worship.

The local police have now asked for assistance from the National Bureau of Crime Investigation (KRIPOS), and for information from the public, to help solve the crime, reports The Norway Post.

The firemen managed to bring out an altarpiece from 1697 and the Communion silver, but many irreplaceable pieces of church art were destroyed in the raging fire.

A semingly unrelated incident occurred in early May which involved graveyard vandalism in Oslo and Sandefjord. Journalist Jonathan Tisdall reported on his blog that just under 30 headstones were toppled in Sandefjord, according to newspaper Tønsbergs Blad, while Nordstrand Church in Oslo had 30-40 gravestones overturned and "Satanistic" messages as part of damages to the church itself.

Aftenposten's web site reported that windows were smashed and unpleasant messages scribbled on the church windows. Photos in the article show both the damage to the graveyard and the church door defaced with such messages as "Satan lives" and "666."

Members and fans of the early '90s Norwegian black metal scene claimed responsibility for inspiring (and perpetrating) over 50 arsons directed at Christian churches between 1992 and 1996. Many of the buildings were hundreds of years old, and widely regarded as important historical landmarks. One of the first and most notable was Norway's Fantoft stave church, which the police believed was destroyed by BURZUM mastermind Varg Vikernes. He was found guilty for the arsons of Holmenkollen Chapel, Skjold Church and Åsane Church.

Gravestones overturned at Nordstrand Church (photo below is displayed from Dagbladet.no): 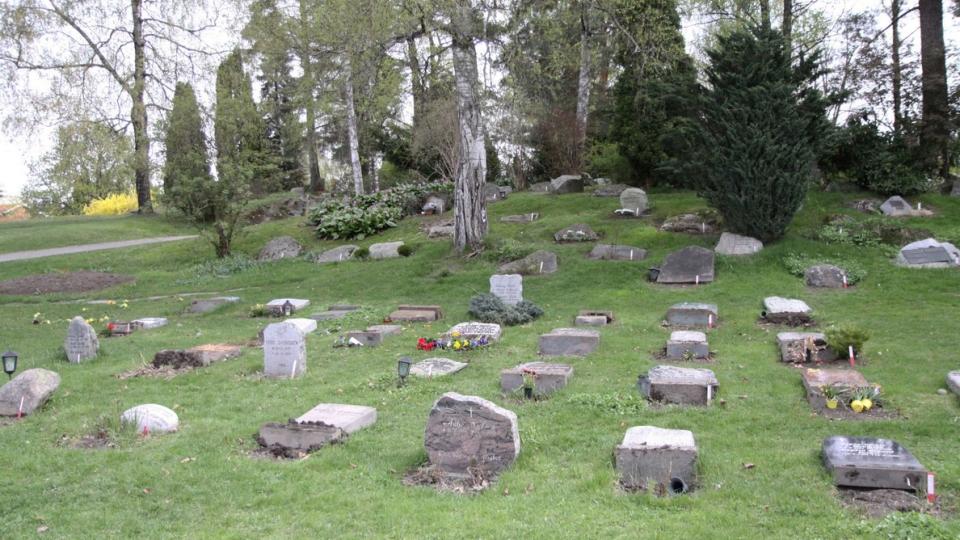