British heavy metal legends SATAN will release a live album in October to celebrate their live debut appearances earlier this year on the North American soil in support of their latest and very succesful album "Life Sentence", released on Listenable in April 2013. The cover artwork was created by Eliran Kantor (TESTAMENT, HATEBREED, SODOM) and depicts a similar graphic concept as that of both the band's latest studio album, "Life Sentence", and SATAN's debut LP, "Court In The Act".

Titled "Trail Of Fire - Live In North America", this live album will contain the following tracks recorded in various places during the tour:

"Life Sentence" is the culmination of a process that began when the original "Court In The Act" lineup got together for an exclusive "one-off" reunion show at Germany's Keep It True festival in 2011 in what marked their first performance together in 28 years. 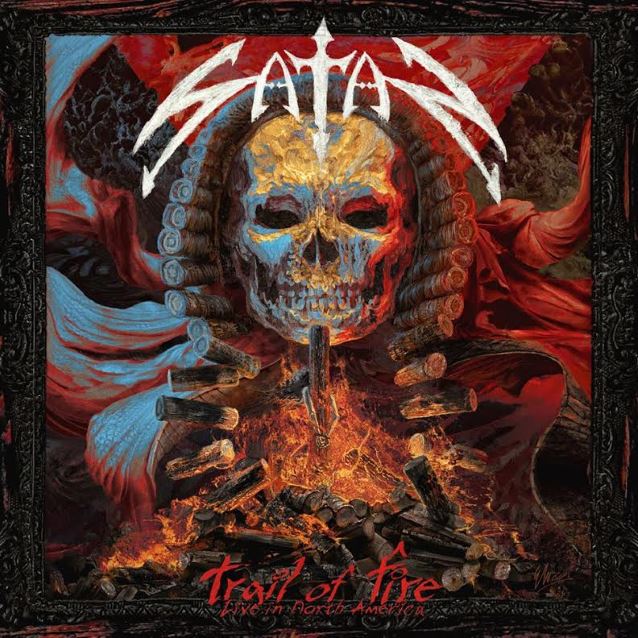