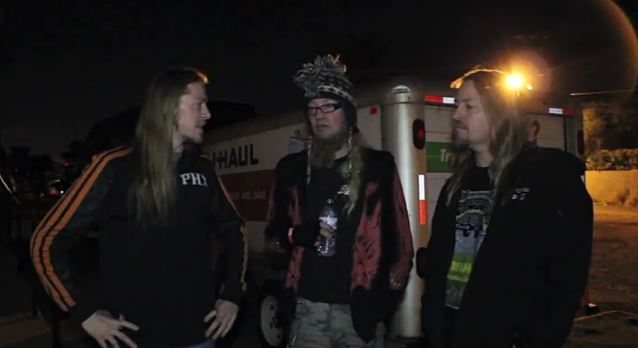 Jaime' En Fuego of Heavy Metal Television conducted an interview with vocalist Warrel Dane and guitarist Lenny Rutledge of the reunited '80s cult metal outfit SANCTUARY on Novemebr 21, 2014 in Mesa, Arizona. You can now watch the chat below.