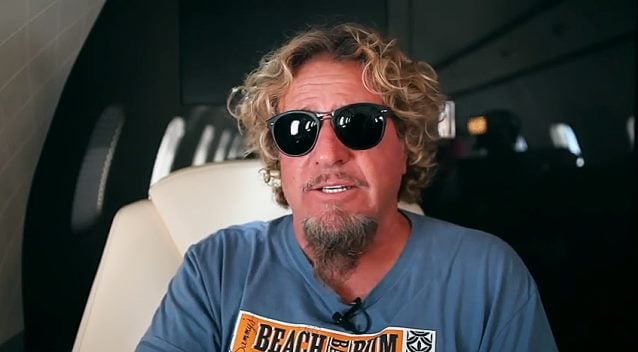 Sammy Hagar's first-ever rock collaborations album, "Sammy Hagar And Friends", sold around 15,000 copies in the United States in its first week of release to debut at position No. 23 on The Billboard 200 chart. The CD arrived in stores on September 24 via Frontiers

In addition to the 10-track standard edition album, fans also have an opportunity to purchase a deluxe edition of "Sammy Hagar And Friends", packaged in a high-gloss digipak. The deluxe CD/DVD package includes an exclusive bonus audio track, "Space Station #5", recorded live at the Ronnie Montrose Tribute Concert held on April 29, 2012 in San Francisco, as well as the "making-of" album documentary which includes bonus video of the first single "Knockdown Dragout", and more.

From new originals like "Knockdown Dragout" with Kid Rock, "Bad On Fords And Chevrolets" with Ronnie Dunn, "All We Need Is An Island" with Nancy Wilson, "Going Down" with Neal Schon, Michael Anthony and Chad Smith, and "Father Sun", a duet with his son Aaron Hagar — to reimagined covers of classics like BOB SEGER's "Ramblin' Gamblin' Man" and DEPECHE MODE's "Personal Jesus" — Hagar has masterfully assembled an album that delves into rock, country, blues and pop. "Sammy Hagar And Friends" is Hagar's first solo album since 2008. 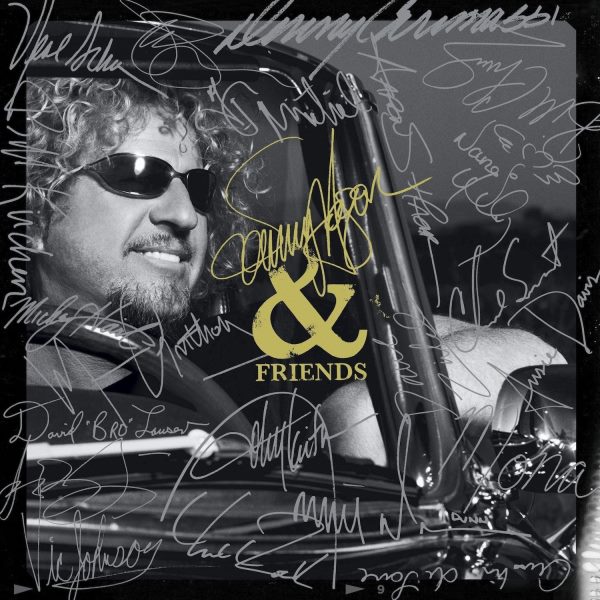